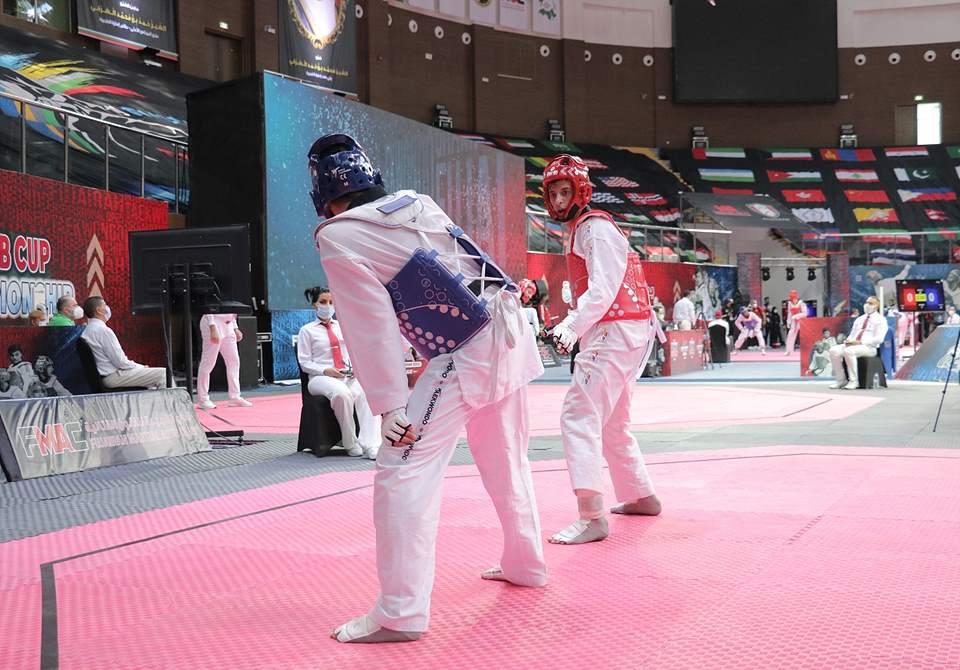 Refugee Taekwondo athlete Wael Fawaz Al-Farraj made history at the 9th Fujairah Open in UAE, as the first Syrian refugee athlete living in the Azraq Camp in Jordan to compete in an international tournament outside the country.

The 19-year-old, competing under the World Taekwondo flag, took part in the Arab Cup in Fujairah, UAE on Feb. 3-4, 2022 before competing in the 9th Fujairah Open on Feb. 6-8 in the M-74kg category.

Wael was the first refugee to graduate to a black belt from the Azraq Humanitarian Taekwondo Center back in 2017, paving the way for another 15 athletes to attain this achievement since then. Since June 2018, he was also a refugee athlete Olympic Solidarity scholarship-holder for the Olympic Games Tokyo 2020.

World Taekwondo President Chungwon Choue said, “Over the years, Wael has been a shining example of how refugee athletes can pursue their dreams through sport. His participation is a fantastic achievement and endorsement of the joint humanitarian efforts of World Taekwondo, the Taekwondo Humanitarian Foundation, the International Olympic Committee, and the Olympic Refuge Foundation.”

President Choue also thanked the authorities in Jordan and the United Arab Emirates for creating a pathway for Wael to fulfil his dreams.

IOC President and ORF Chairman, Dr. Thomas Bach, also expressed his pride at Wael’s participation and urged for the continued support to refugees around the globe.

Wael had previously taken part in a number of Taekwondo competitions in Jordan including the Asian Qualifications for the Olympic Games Tokyo 2020 and the Asian Junior Championships in 2019. However, the Arab Cup and Fujairah Open mark the first time he has competed outside of Jordan.

In recognition of their dedicated services and outstanding contribution to the development of Taekwondo, and for the Taekwondo Humanitarian Foundation, President Choue presented appreciation plaques to Wael’s coach, Asef Sabah who is the Head Coach of the Humanitarian Taekwondo Centre and to Ms. Farah Al Asa’ad, MENA Coordinator for THF. 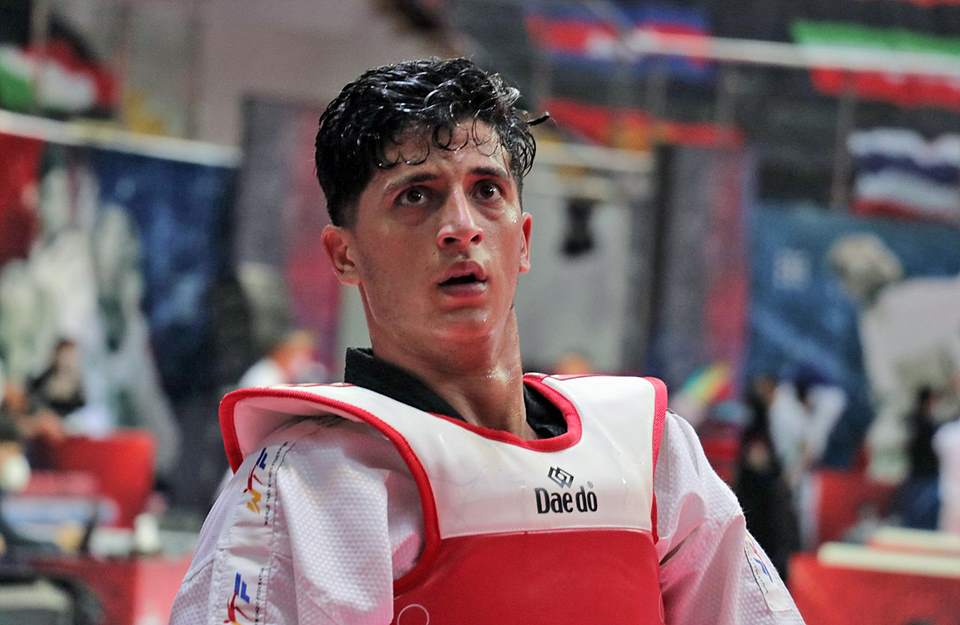 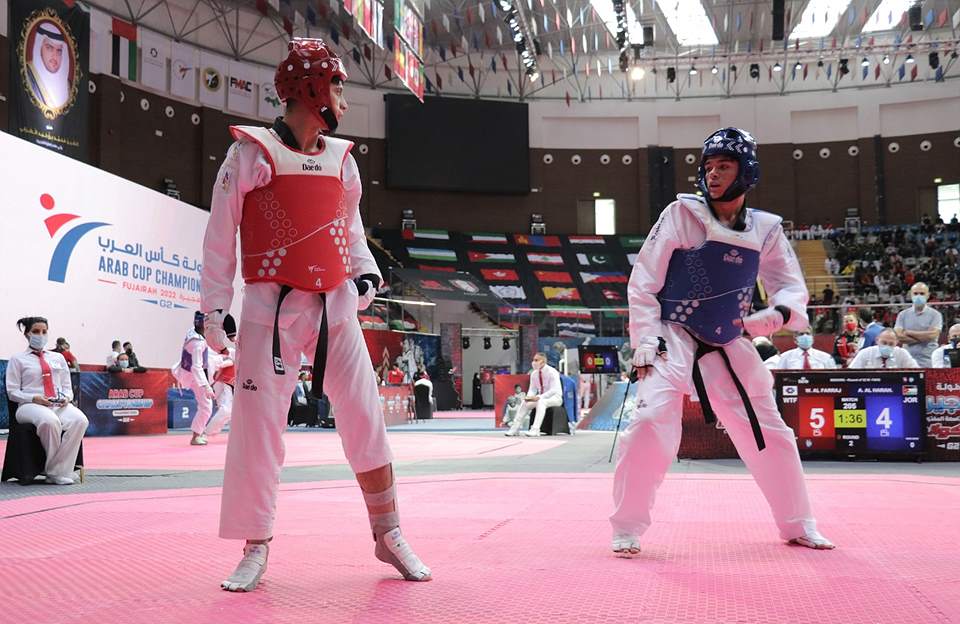 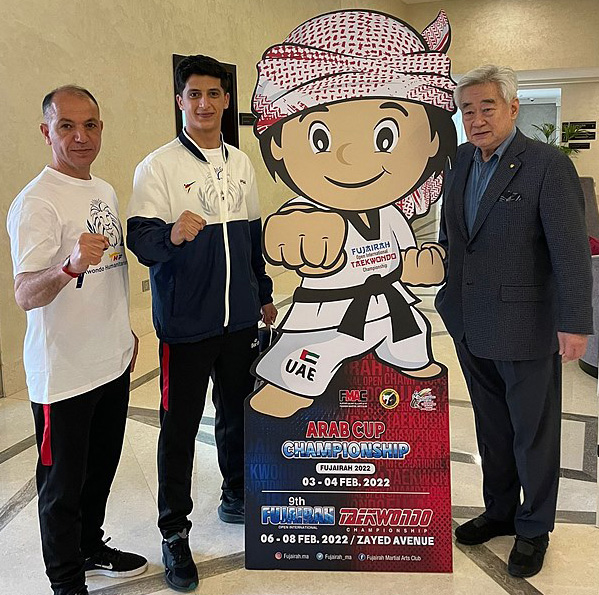 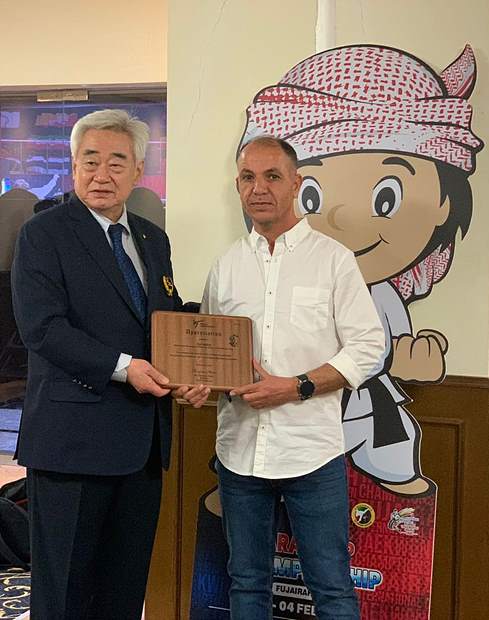 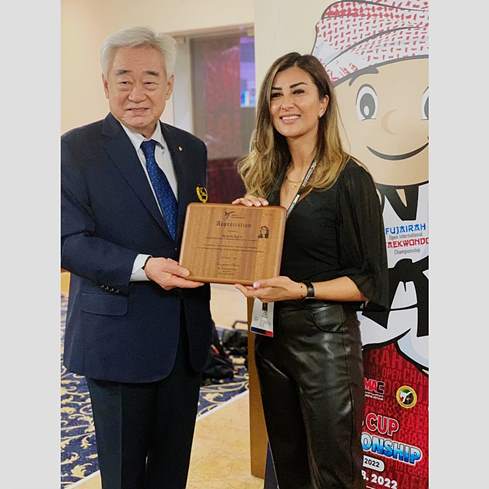