(July 15, 2016) - This category may just be the most exciting of the Rio Olympics: All the top players have very special stories to tell.

The top-ranked player in the category is Iran's Mahdi Khodabakhshi. Although he has only been playing at the highest level of competition for two years, he is one of the most dominant fighters in the sport: His name, translated into English, means "God-given" and his nickname is appropriate: "The Terminator." From the 2014 season, he started winning major open championships, and then medaled at the 2014 Incheon Asian Games as well as in the elite Grand Prix events in Astana and Manchester. In 2015 won further golds at the World Taekwondo Championships in Chelyabinsk and at the Samsun Grand Prix. On his way to doing this, he defeated two of the most famous fighters on the circuit, US taekwondo legend and two-time Olympic gold medalist Steven Lopez and Moldova's crowd-pleasing favorite, Aaron Cook. The Iranian has weapons-grade skills, is tall and leggy - and is one of the most stylish-looking fighters on the circuit to boot. However, he was injured in the third Grand Prix of 2015 in Manchester and did not appear at the Grand Prix Final in Mexico City. Now that his techniques and tactics are well-known, he told taekwondo media that he will have an entirely new game in Rio. We shall see.

The number-two man in the division is one of the most popular but also least lucky fighters in taekwondo: Moldova's Aaron Cook. He came to prominence at the 2008 Beijing Olympics, though he failed to win a medal. His fame soared when he KOed Lopez in 2009. A superstar in the GB, the taekwondo world was stunned when Cook, despite being the world-ranked number one, was not chosen by Team GB selectors; instead they selected 59th-ranked team mate Lutalo Muhammad. A massive controversy ensued as Cook appealed the result - but to no avail. The end result was that Cook, formerly a British media superstar, changed his national allegiance to Isle of Man and then to Moldova. First inspired to do martial arts by the "Power Rangers," Cook has a dynamic, spinning/jumping style that crowds love. However, he is short for the category. The question is whether he can adapt his offensive style to the cagey, tactical front-leg game that favors taller players and that is expected to dominate the Rio mats. 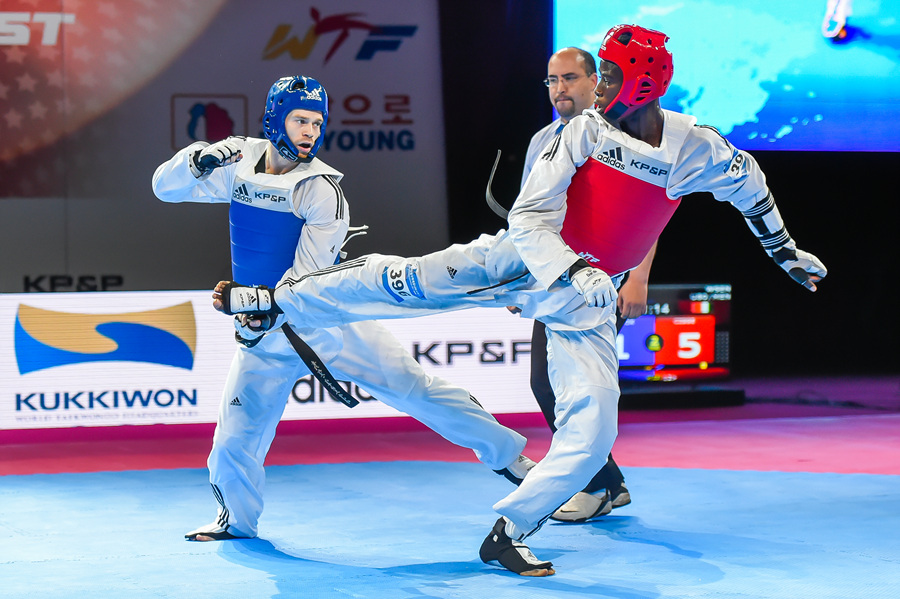 Third-ranked Lutalo Muhammad has no personal animosity toward Cook, but if they do fight, it is likely to be a scorcher. The local lad justified the selectors' opinion when he won a bronze at London 2012. In 2015, he delighted them when he defeated in Cook at the Mexico City Grand Prix Final - with ironically, a classic Cook technique, a jump spinning round house kick that astonished the Moldovan. Muhammad was also ahead on points against Iran's Khodabakhshi in the 2015 Manchester Grand Prix Series 3 before "The Terminator" went down with an ankle injury, meaning the British fighter is a serious gold medal prospect.

Fourth-ranked Albert Gaun of Team Russia has been called the "Clown Prince of Taekwondo." Nicknamed "Big Ears" by his team mates, the jovial Siberian bought a big smile to the crowd's face when he won the category in the 2014 Grand Prix Final in Queretaro and disco danced to celebrate his victory over Khodabakhshi. But there is no denying his skill and his cool head: He won that match after a tense war of nerves that ended with a 1-0 score. And of course, he has the full supportive mechanism of the formidable Russian sports apparatus behind him.

Fifth-ranked Tahir Guelec of Germany is one of the lower-profile athletes in the category, but proved his bona fides by winning the 2013 World Taekwondo Championships medal in the division in Puebla, and racked up all the necessary ranking points to get through to Rio in the first round of qualification.

Rounding out the top six is Cheick Sallah Cisse of Cote d'Ivoire. With today's taekwondo being dominated by European and Asian players, Cisse is one of Africa's top medal hopes. He began competing in major competitions in 2014, when he won bronze in the African Taekwondo Championships, but failed to make an impression on the top players in the category. That changed in 2015, when he came to the mats with a much stronger game and made his mark on the Grand Prix circuit, beating Gaun, Muhammad and Lopez - and in the final beating Cook - in the Series 1 event in Moscow. He also got golds in the World Universiade and the African Games, then beat Cook and Muhammad and Gaun again at the Series 2 Grand Prix in Samsun - but failed to fight in the final against Khodabakhshi, citing exhaustion, having just flown in from the African Games. He won bronze in the Grand Prix Series 3 in Manchester, but at the Grand Prix Final in Mexico City, lost to Cook. 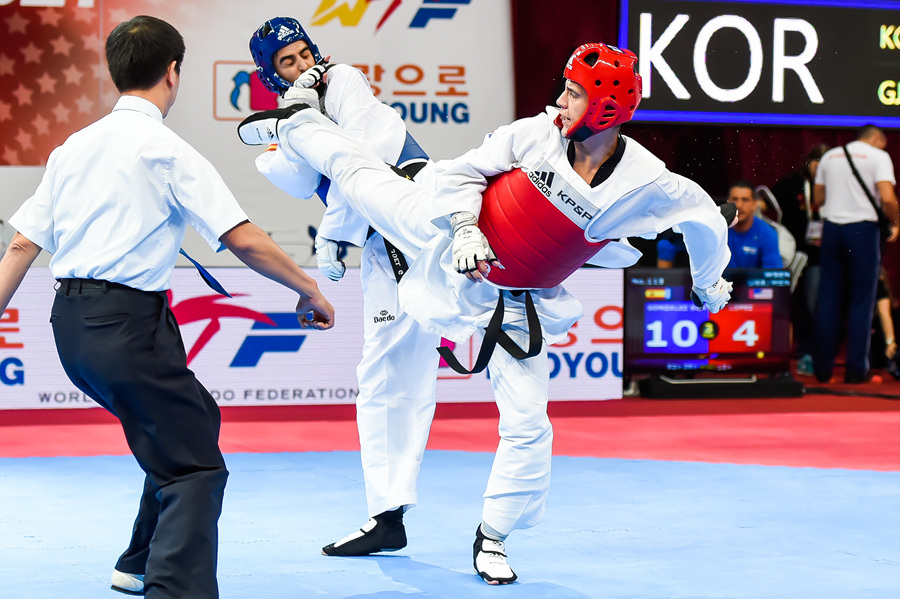 One athlete who did not make the top six via Olympic ranking points, but made it to Rio via Continental Qualifications is arguably the most successful taekwondo fighter in history, Steven Lopez of Team USA. If Khodabahkhshi has dominated the category for the last two years, Lopez had dominated it for the previous 12. Lopez won five World Taekwondo Championships in a row, as well as two Olympic golds and a bronze, but now, at 37, the question must be if the veteran can match the new-style fighters in his fifth - and what must surely be his last - Olympic appearance; most of his opponents are aged 22-24. He came to the fore in the era before the PSS (Protector and Scoring System) came into effect, and it has changed the game, favoring more tactical, front-leg fighters. Even so, his vast experience, fighting spirit and awesome reputation make him a viable medal contender.

With its strong roster of storied - indeed, legendary - fighters, the men's -80kg division could prove to be the most popular category in Rio 2016.