(July 7, 2016)- With the winner of this category at the 2012 London Olympics, Korea’s Kyungseon Hwang, no longer in contention, the title is vacant as Rio 2016 looms. The category is fiercely competitive, with many semi- and final matches going to golden point, but there is one dominant fighter: France’s Haby Niare.

At the 2013 World Taekwondo Championships that was held in Puebla, Niare won the top ranking after beating the pride of Taiwan, Chia Chia Chuang. The Parisian girl has excellent reactions and superb flexibility. A hip hop dancer as well as a taekwondo fighter, her style is spectacular and unconventional. She is noted for her unusual “scorpion kick” – a whip-like reverse heel strike - to the head. Dubbed “The Abigator” – a play on her name and the carnivorous reptile - by her team mates, she loves to fight. With no French team at the 2015 World Taekwondo Team Championships, she fought as a hired gun for Mexico in the finals, partnering with Mexican heroine Maria Espinoza. And she appears to be peaking at the right time: She dominated the most recent Grand Prix events, winning golds in both Manchester and Mexico City in 2015. Her mental game is also on-target: Many of her recent wins have come in nerve-wracking golden point shootouts.

However, Niare lost to Chuang in the semi-finals at the 2014 World Taekwondo Grand Prix Final, 7-3. Chuang, in turn, lost to the powerful head attacks of Sweden’s Elin Johansson in the finals. The Swede – a bronze medalist in London 2012 (albeit in the +67 category; she has moved down a weight) is known as a headhunter and is the number two ranked in the category, having also captured two silvers in 2014 Grand Prix. However, she suffered a no-medal slump in the 2015 Grand Prix series and the World Championships in that year. She herself admits to emotional ups and downs, and her recent record must cast a shadow over her Olympic prospects. 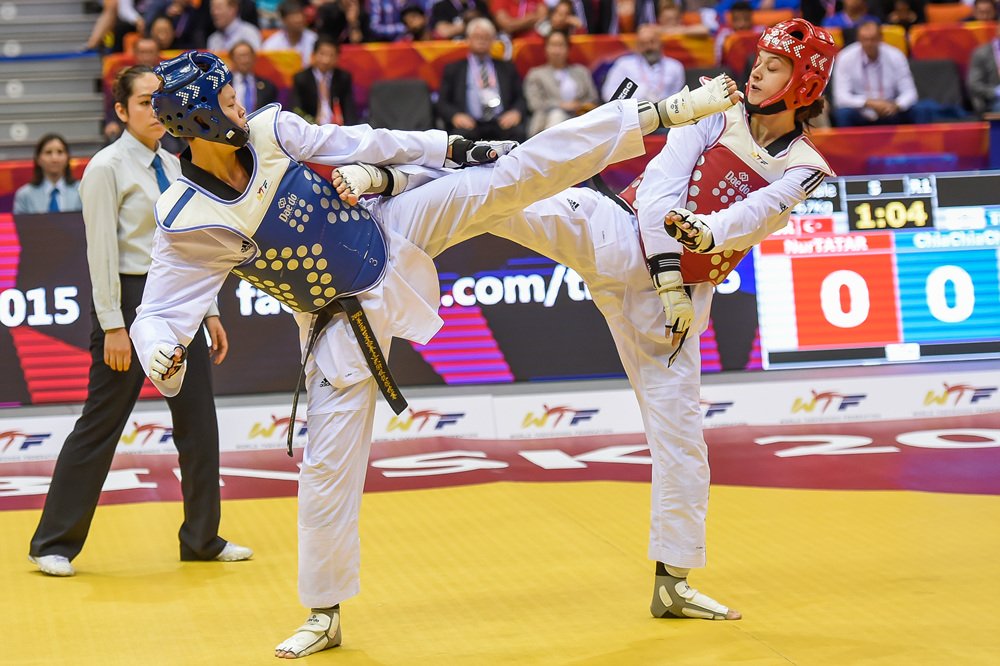 Chuang is a member of the famed and ever-formidable Taiwanese women’s team. In the 2014 Grand Prix in Suzhou she won gold, but nothing in the subsequent two Grand Prix tournaments. She did however, seize gold at the 2015 Chelyabinsk World Championships.

One of the biggest fighters in the division is Korea’s Hyeri Oh. A newcomer to world-standard completion, she leapt onto the scene at the 2015 World Championships in Chelyabinsk, where she won a gold in the -73kg category. Coming down to the Olympic weight category, she subsequently beat home-town favorite Baryshnikova at the 2015 Moscow Grand Prix for gold. 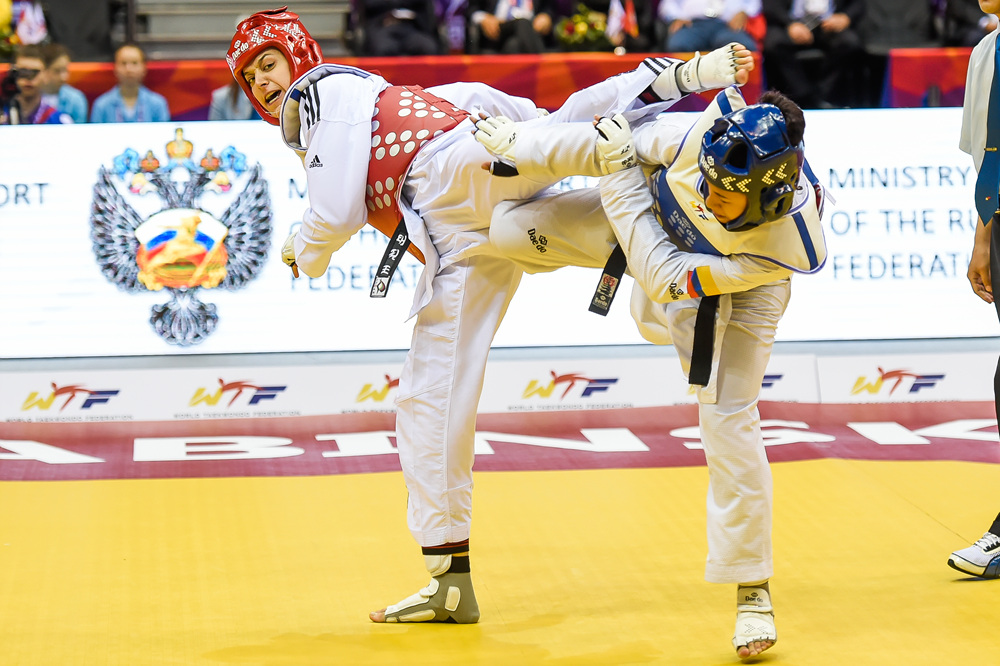 Any taekwondo pundit worth his salt could have predicted that these six fighters would make it to Rio. Challenging the top six are Cote d’Ivoire’s Ruth Gbagbi, Azerbaijan’s Farida Azizova and Team USA’s Paige McPherson. McPherson, as a teenager, won a bronze in repechage in 2012 London Olympics, while Gbagbi, hailing from Africa’s top taekwondo powerhouse, is noted for her aggressive fighting style.

Predicting who will take home gold is trickier, due to the many close and golden point matches this category has witnessed in the last two years. However, given her recent string of successes, the smart money is most likely on “The Abigator.”