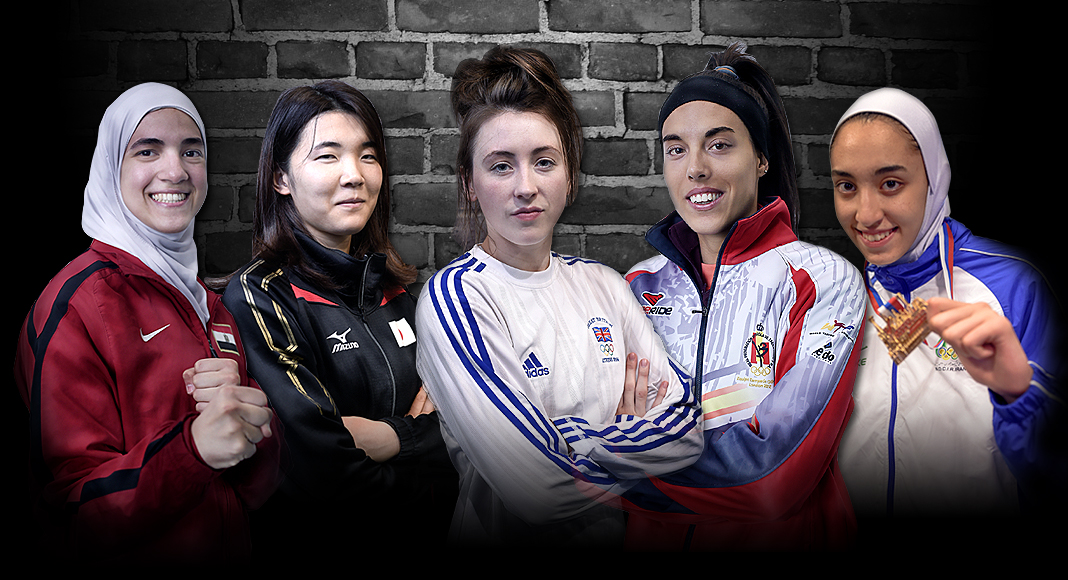 (May 30, 2016) - Jade Jones’ first name is a precious stone, but she won Great Britain precious metal when, on home turf in London 2012, she delivered Team GB its first ever Olympic gold medal in taekwondo. However, she is not a dead cert to repeat that feat in Rio, because her dominance of the category has been challenged by Spanish fighter Eva Calvo Gomez. The two now represent what is perhaps the greatest rivalry in the sport.

In the two years subsequent to the London Olympics, Calvo Gomez seized the crown in the category from Jones. She has won three World Grand-Prix Finals against Jones, and has also beaten her three times in GP non-final matches. However, Jones returned fire in 2014, winning the GP Final in Queretaro Mexico, and received the “Female Player of the Year” award in the WTF’s first Gala Awards that year.

But it is not just about the Spaniard and the Briton. There are two serious challengers for the crown in the category: Mayu Hamada of Japan and Hedaya Malak of Egypt are both potential gold medalists.

Even so, the spotlight in the category must be on Welsh national Jones, who fights out of the hub of British taekwondo, Manchester. She took gold at the First Singapore Youth Olympic Games in the female -55kg category in 2010 and two years later, at the age of 19, she won gold at the London Olympics, becoming a British sports heroine and a poster girl across the wider taekwondo community. In 2013, at the Puebla World Taekwondo Championships, she was the clear favorite but was beaten by Japan’s Hamada in a pre-final match.

That result was seen by taekwondo fans as a blip: the Welsh girl was expected to make a comeback in subsequent tournaments. It was not to be. In the next four Grand-Prix series, she competed against Calvo Gomez four times, losing three of them. Jones has a wicked front leg attack, but was countered by the long legs of the taller Calvo Gomez. Finally, in 2014 at the GP Final, Jones broke the jinx and beat Calvo Gomez, winning the gold. Jones is short for the category, but has speed, an excellent pushing kick and a match-winning front leg round kick to the head - backed up by the sharp eye of coach Paul Green, who has consistently called video replays to winning effect. In 2015, Jones won silver at the Moscow GP Series 1, and golds at the GP Series 2 in Samsun and at the Series 3 in Manchester, recovering her number-one Olympic ranking.

Given that she has both recovered her fight-winning form and regained the top ranking, she is the clear favorite in the category. But her arch-rival cannot be discounted.

The Spain’s Calvo Gomez is a counter-attacker. When her opponent covers up, Calvo Gomez deploys her long-range legs with the accuracy of a sniper to penetrate the defense. When the opponent fires a head attack, she uses her shoulder to defend; against a body attack, she is a master of cut kicks. The Spaniard’s star started to rise in the first GP of 2013, and she maintained her superiority throughout most of 2014; only then did Jones work out a game plan to master her tactics. In 2015 at the World Taekwondo Championships in Chelyabinsk, Calvo Gomez lost to Hamada – a repeat of her loss to Hamada at the 2013 World Taekwondo Championships in Puebla (where Hamada had also defeated Jones). At the Moscow GP Series 1 and the Samsun GP Series 2 in 2015, she did not even make it to the semi-finals. In Manchester GP Series 3 she was hammered by the head hunting Jones, losing 14-4. In the GP Final in Mexico City, she was defeated by Egypt’s Malak – who then went on to beat Jones in the semi-final. At the end of this up-and-down year, the Spaniard, noticeable for her height and her black headband, ended number two in the rankings.

Casting a shadow over the rivalry between Jones and Calvo Gomez is a dark horse: Japan’s Hamada. She has beaten both of the top ranking girls and has consistently made it through to the semi-finals of the GP Series. She won silver at the World Taekwondo Championships in Puebla in 2013, and gold at the World Taekwondo Championships in Chelyabinsk in 2015. A karate fighter who switched styles to taekwondo, she is not a spectacular fighter but is tactically sound and well coached.

Nor can Egypt’s Malak be overlooked. Her trademark is the white hijab she wears under her head protector. Her physical trademark is the elastic legs she wields with such authority - notably her ax kick to the head and the round kick to the body; her style is “never-step-back.” She has displayed an impressive performance in the 2015 GP Series. She won bronze at the 2015 GP Series 1 in Moscow and a gold at the Series Final in Mexico City in the same year – in that event, she beat Jones in the semi-final and Calvo Gomez in the final, in golden point. 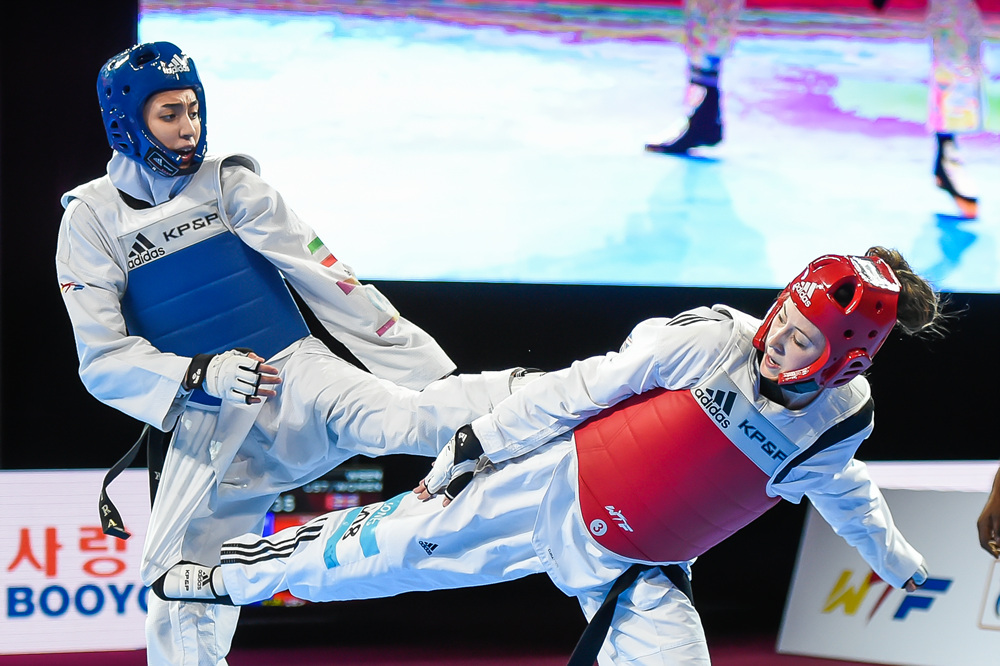 Among other fighters in the category, another athlete to watch is Iran’s Kimia Alizadeh Zenoorin, who has twice beaten Jones: in the World Taekwondo Championships at Chelyabinsk and at the Moscow Grand Prix Series 1.

The European athletes’ dominance of the category – Jones and Calvo Gomez – is being challenged by fighters from Asia and Africa – Hamada, Malak, and Alizadeh Zenoorin. Even so, the likeliest finalists in the category in Rio must be Jones and Calvo Gomez. The record of the 2015 fighting season gives the Spanish girl a 3:2 win ratio over the Briton, but looking at their most recent history, Jones has won their last two fights – and in fiercely convincing style.

In sum: While the GB-Spain rivals may provide the fight that fans want to see in Rio, both face a series of tough opponents and uncertain matches before they reach the finals.