18 year-old Grand Prix Champion Lauren Williams: Aggressive on the mat, humble off it

(October 26, 2017) - At just 18 years old, Lauren Williams has already made quite the name for herself. At the World Taekwondo Grand-Prix Series 3 in London it wasn’t just her first senior gold medal which caught the eye but also the manner in which she went about winning it.

The draw certainly didn’t make it easier for her. In the quarter finals she met the current -67kg World Champion Nur Tatar from Turkey, in the semi-final it was Paige McPherson from the USA who won silver at this year’s World Championships and in the final she fought the -62kg current World Champion.

But the relatively inexperienced fighter didn’t let that phase her. “At the worlds I think I doubted myself too much and I put too much pressure on myself,” Williams said. But at this competition I didn’t put anyone above me and I said to myself I’m just going to enjoy it; I don’t really care about the outcome I just want to put a better performance in regardless of who I come up against; I’m just going to try my best.”

“The girls that I beat are up there. They’re world champions, they’re Olympians so to beat them that’s a massive confidence boost for myself.” 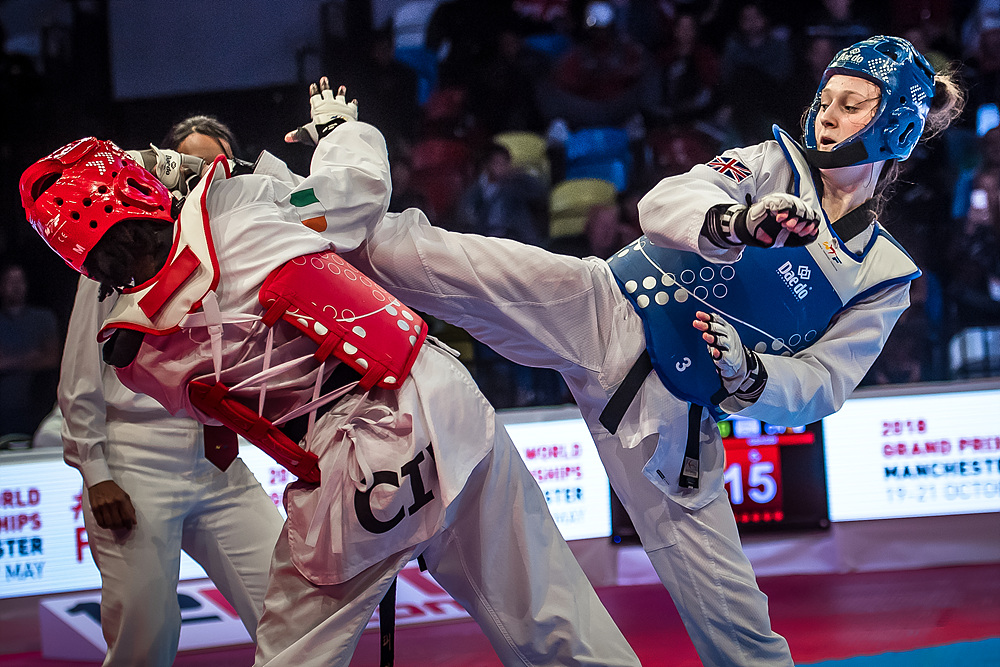 Williams certainly didn’t give the impression of being overawed by her opponents or the occasion. In each of her matches she came out quickly and tried to immediately stamp her authority on the match.

“I’ve always been an aggressive fighter. I’ve never gone into a fight wanting to sit back and relax, I’ve always wanted to go fight and put in a good performance so I don’t think I’ll ever lose that. That’s something I enjoy: that intensity.”

That intensity paid off with her registering 43 points in the final and 32 in the semi-final. But she recognises that it doesn’t come without its risks.

“I enjoy high scoring matches. I like looking for my next point and trying to score as many points as I can but sometimes its not always beneficial. If I’m against clever players they’ll pick me off and sometimes I need to rein it in and be a bit more on tactic and not as crazy. It’s just being clever about that and channelling that aggression in the right direction and using it at the right times.”

Williams humbly credits the home crowd for giving her that extra edge in London. “The crowd were amazing for me and I think it made a massive difference. I’ve never fought at a competition like this in front of a home crowd and it was a brand new experience for myself. It really made a difference. I had pretty much my entire family their as well and they’ve never seen me compete before, just my dad.”

The sense of unity in the Team GB team is another factor she attributes to her recent success. “We all train together and push each other,” she explains. “We are one of the strongest girl’s teams there are and that is down to our training. We commit all the time and we’re always pushing each other.”

Speaking to Williams for just a short period of time it is clear just how much she loves the sport and competing. “I just enjoy going out and competing. For me it’s not about the money at all. It’s just about enjoying the fight so it doesn’t matter what competition it is, I’m up for any competition. 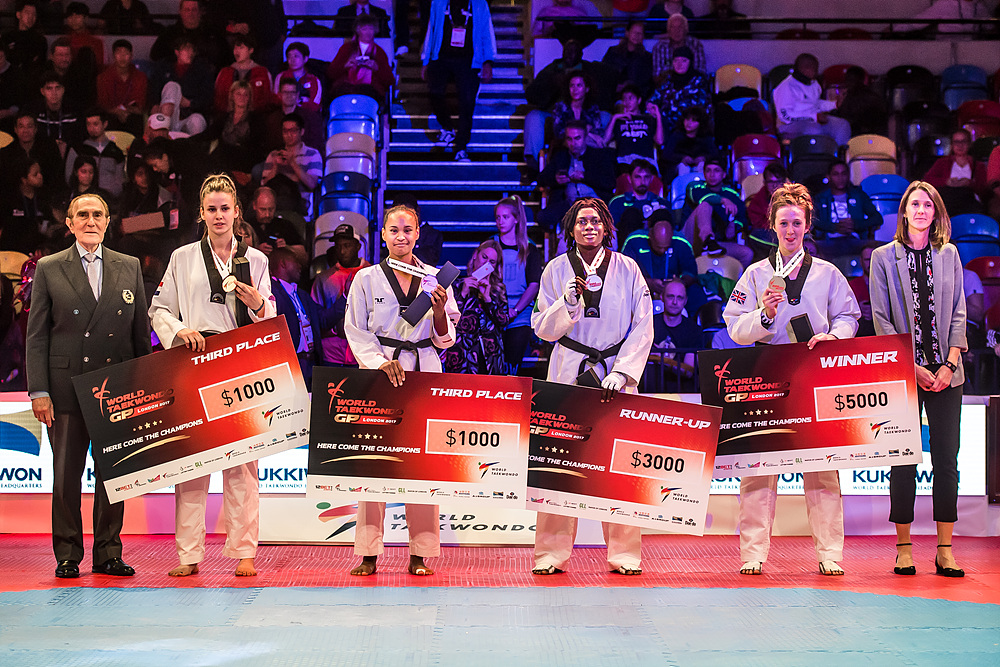 Williams is excited about what these competitions can bring but her feet remain firmly on the ground. Pushed on whether she’ll be aiming for gold at the Grand-Prix final she reveals winning a medal of any color is her aim and putting in another performance she like she did here in London.

For the home World Championships she’s not putting pressure on herself for another medal.

Displaying maturity beyond her years, she says: “I just want to put in a better performance. On the day I can’t control what happens, so as long as I put in the best performance I can; that’s all I want and all I can ask for.”