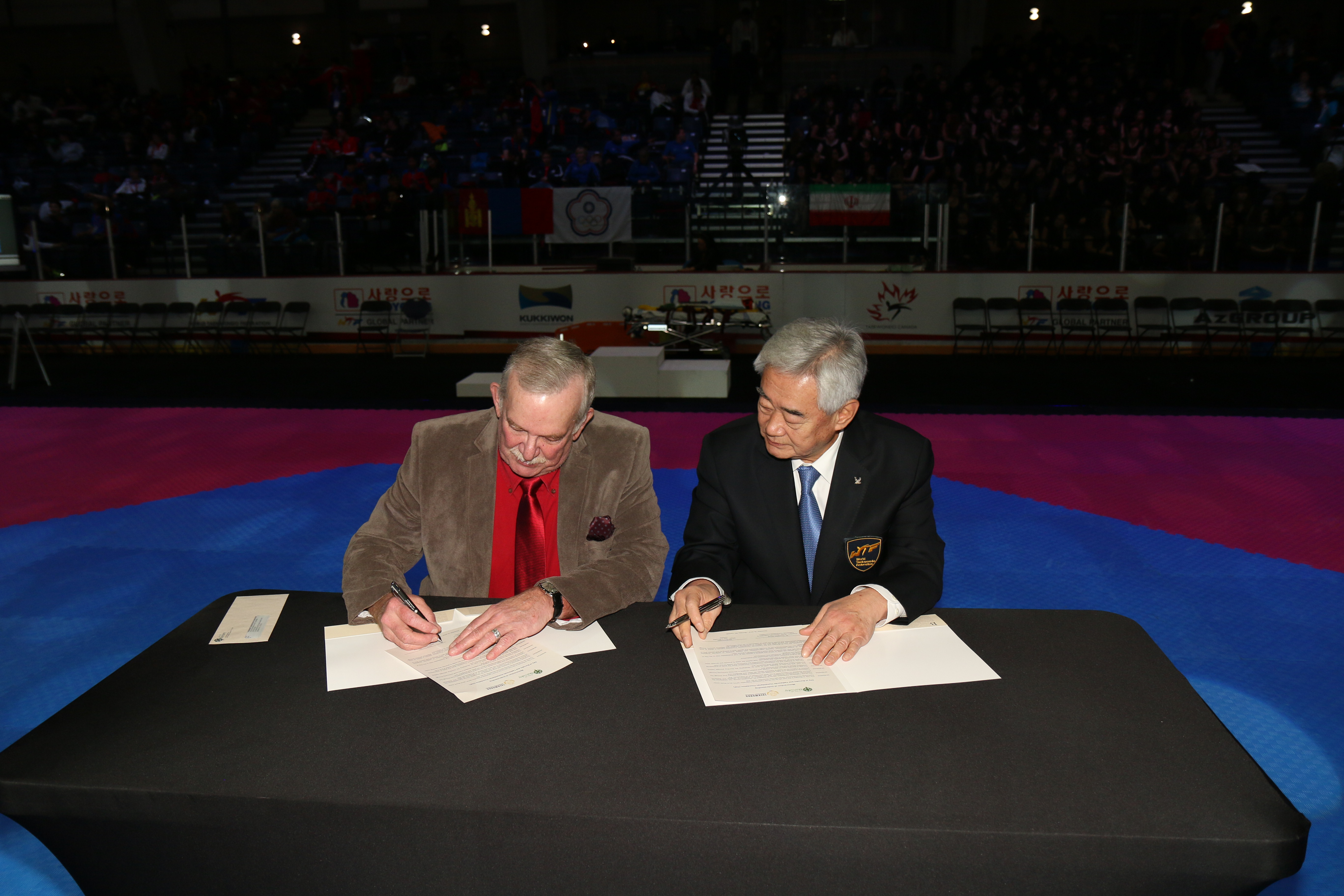 BURNABY, Canada (November 16, 2016) - The Taekwondo Humanitarian Foundation (THF) signed a memorandum of understanding (MOU) with the City of Burnaby – host city of the 2016 World Taekwondo Junior Championships, to advance the City and Foundation’s shared goals of empowering refugees by providing educational opportunities, improving quality of life, and setting refugees on a path to global citizenship.

“The City of Burnaby is thrilled to have this unique and humbling opportunity to work with the Taekwondo Humanitarian Foundation to enhance engagement and support for refugees in the local community and around the world,” said Mayor Derek Corrigan. “And we are extremely honored to be the first city ever to be declared a Taekwondo Humanitarian Foundation Ambassador City. We know that this partnership and declaration will significantly benefit refugees here in Burnaby and around the world.”

“The THF recognizes that the City of Burnaby has welcomed and embraced Taekwondo as the host of the 2016 World Junior Taekwondo Championships,” said WTF President Chungwon Choue. “As we’ve worked together to present the games, we have also become aware of our common humanitarian goals. Because we have signed this memorandum, we can now look forward to continuing to work together to benefit refugees. Further acknowledging the City’s commitment to this goal, we have presented Mayor Derek Corrigan with an honorary 6th Dan Black Belt. We trust that all of the citizens of Burnaby will benefit from the WTF 2016 World Junior Taekwondo Championship legacies.”

The MOU was signed by Choue and Corrigan. Following the signing ceremony, and after the conclusion of the championship opening ceremony, Choue and Corrigan both inaugurated the "THF Challenge" - a filmed board break and donation pledge that is the THF's first international fund-raising campaign. On behalf of the city, and in front of thousands of spectators, Corrigan presented the THF with a donation of $5,000. 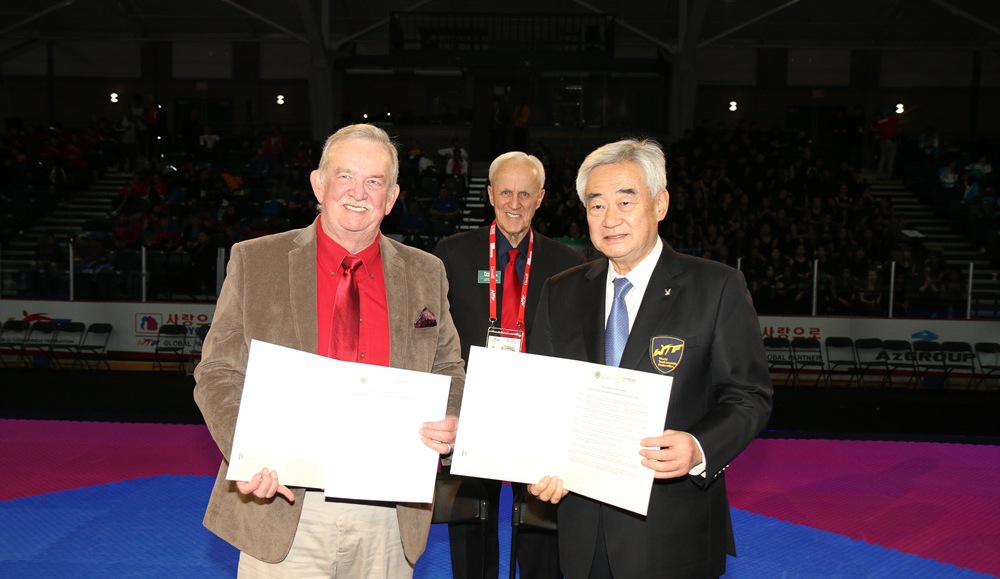