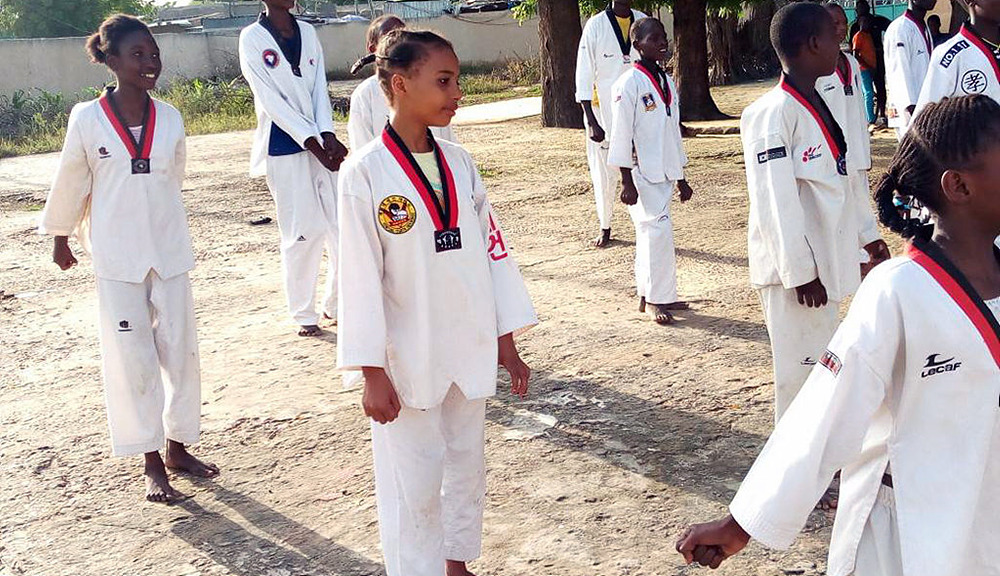 In continuation of its mission to share the benefits of taekwondo and its philosophy to empower refugees and displaced persons, THF celebrates the launch of its latest project in Diffa region, Niger where operations have officially begun early September 2018.

The project is the fruit of a collaboration on between the Foundation and the Niger National Olympic Committee (COSN), with the generous support of COSN president Ide Issaka, along with the involvement of local taekwondo Olympian Issoufou Alfaga, Silver Medallist at the 2016 Rio Olympic Games, 2017 World Taekwondo champion, and UNICEF Ambassador for Niger. 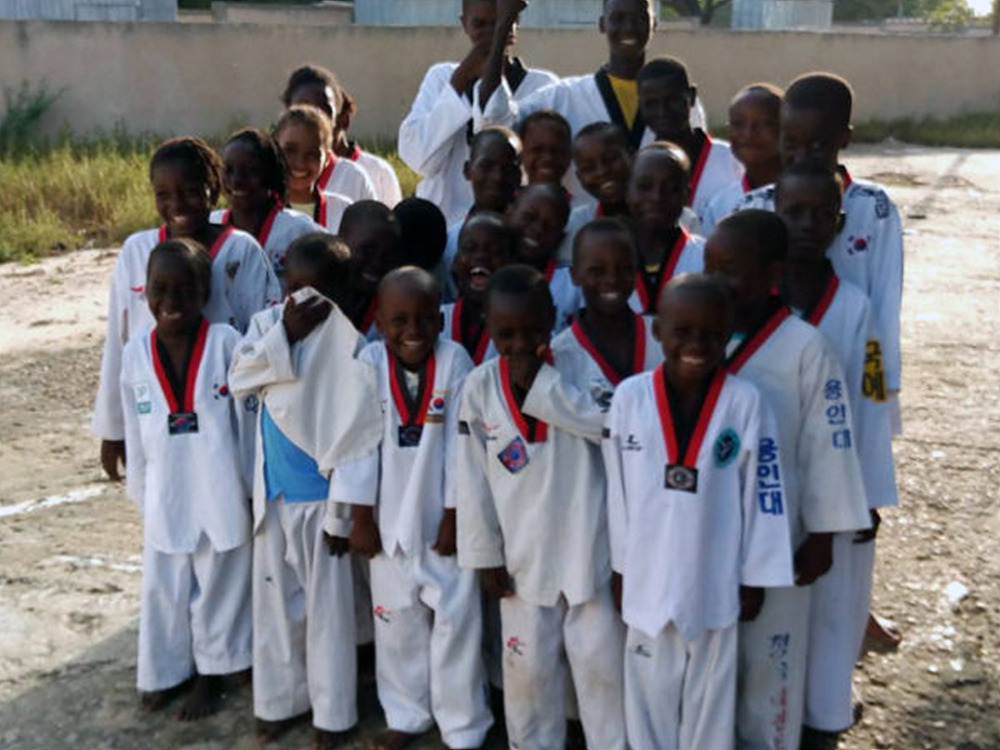 The region of Diffa, located in the extreme south-east of Niger, and its neighbouring region of Northern Nigeria, has been severely affected by conflict and terrorist attacks in the past years, leading to a high number of internally displaced persons (IDPs) and Nigerian refugees having fled their homes in hopes of find safety. According to UNHCR, there are more than 118,000 Nigerian refugees and 104,000 Internally Displaced Persons (IDP’s) in the Diffa region as of June 2018. (https://data2.unhcr.org/en/country/ner)

THF’s Diffa project intends to help refugees and IDP’s of the region by addressing psychosocial issues caused by the traumatic events they have been through in offering them to discover a fun yet effective and holistic sport and martial art. Taekwondo training helps children and youth by fostering physical and mental wellbeing while also social interaction, and by giving the students a framework of personal discipline and ethics in an environment where they can feel safe. By doing so it is the project leaders’ intention to help all participants find a way to metabolise and transcend their precarious situation, helping them regain part of their childhood and finding hope for a better future. 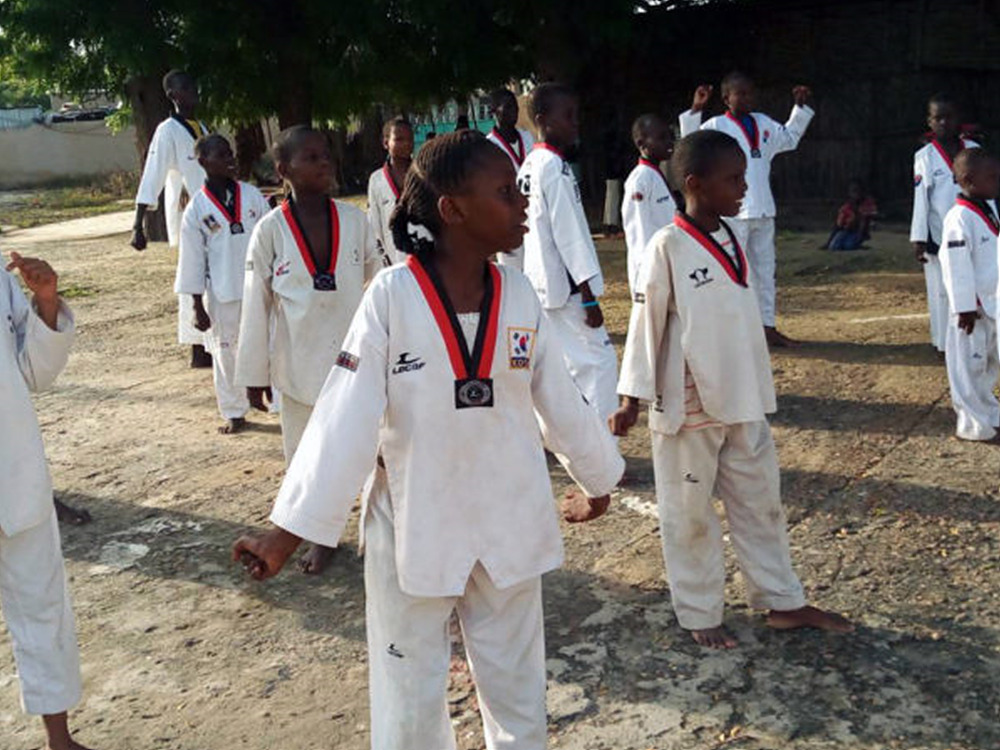 In Diffa, nearly 60% of refugees and displaced persons are aged 17 or under. In displaced situations, formal education is often very limited and even sometimes unavailable. Through taekwondo, THF aims to address this issue by providing children and youth with important universal values such as team work, fairplay, integrity, discipline, and respect. THF’s education programme further focuses on world peace, sustainability and good global citizenship.

In addition, approximately 53% of children and youth living in Diffa are girls, who face even additional barriers to access basic learning opportunities. Taekwondo can provide them with an important educational base and an increased self-confidence allowing them to discover their full potential. 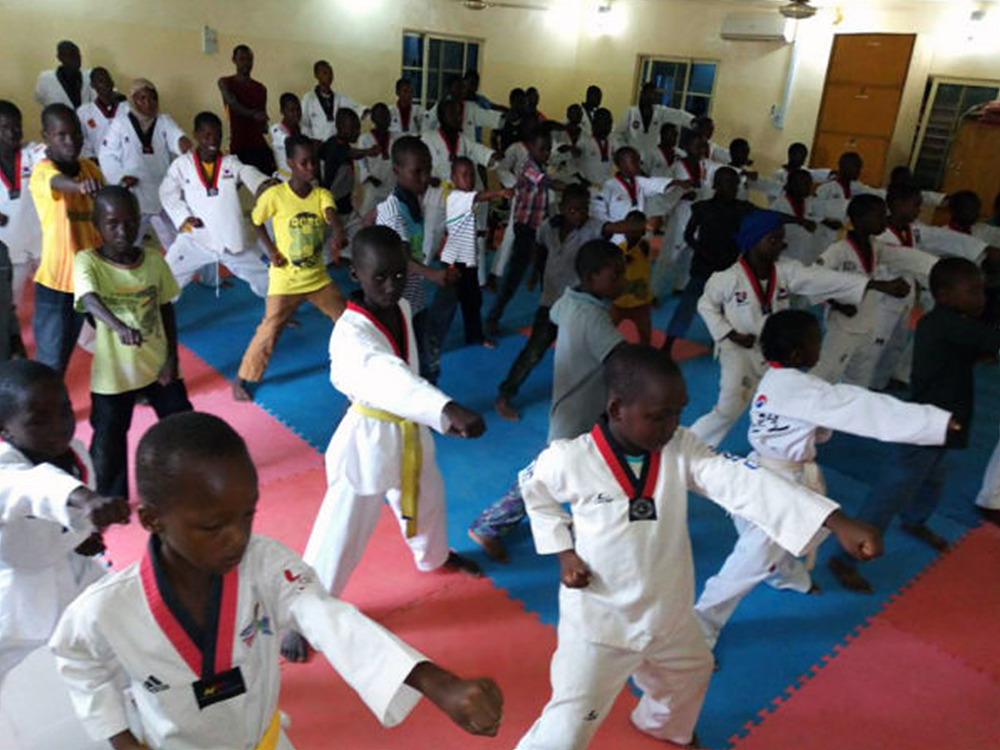 A series of demonstrations will be organised in various schools at the start of the academic year in October to encourage children and youth to participate in the programme and promoting taekwondo to girls. According to local THF coach Amadou Oumarou, “children of the city are very interested in the sport, especially those under the age of 15.”

Diffa project is the Foundation’s third project in Africa, with academies already running in Rwanda and Djibouti. It demonstrates THF’s commitment to continue to provide life-changing opportunities to severely vulnerable populations in multiple regions of the African continent.

The initiative is aligned with World Taekwondo’s, THF’s and the Niger National Olympic Committee’s common agenda to further support the learning opportunities of children and youth in vulnerable situations, and encourage their understanding of World Peace, the values of Olympism and good global citizenship.