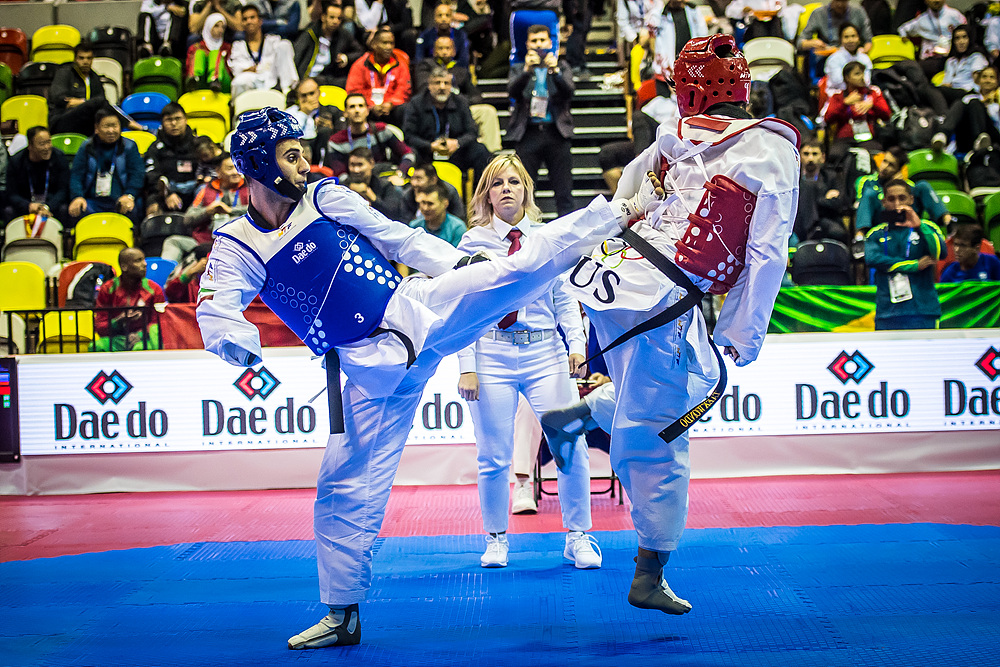 7th World Para Taekwondo Champions drew to a close today with nearly 200 elite Para Taekwondo athletes from around the world battling it out to become world champion.

The Championships attracted a total of 263 athletes from a record-breaking 59 countries and took place in the London 2012 Paralympic venue, The Copper Box. The one-day event was awarded a G10 world ranking making it even more important for athletes hoping to qualify for the Tokyo 2020 Paralympic Games. Mahdi Pourrahnama (IRI) was awarded with the MVP male and Enkhtuya Khurelbaatar (MGL) was awarded with the MVP female. The full list of results can be found here.

“This has been the best ever World Para Taekwondo Championships. I find myself saying that every time we host the event but it is because the development of the sport is so fast that every World Championships we have more athletes, from more countries, competing at higher standards than ever before.

“This event was a fantastic opportunity for athletes to secure world ranking points towards qualification for the Tokyo 2020 Paralympic Games but also fantastic experience at competing at the highest level. The World Taekwondo Council are looking into hosting the World Para Taekwondo Championships every year ahead of Tokyo 2020. This needs to be approved but will give our athletes the opportunity to gain even more experience and provide even more entertainment for the global Paralympic audience in 2020.”

The Poomsae competitions for athletes with an intellectual impairment and athletes with a motor impairment saw a record number of athletes take part across junior and senior, male and female classes during the Championships. Hosts of the 2014 World Para Taekwondo Championships, Russia, came out on top of the Poomsae classes winning three gold medals, narrowly beating current hosts, Great Britain who won two gold medals. The remaining eight gold Poomsae medals were shared among eight different countries. The full medal table can be found here.

Zhanna Shcherbakova (RUS) and Narbayev Talgat (KAZ) were awarded the best female and best male coach of the World Championships respectively. Renata Crkvenac (CRO), Andrey Khegay (RUS) and Barbara Ruth Marian (CAN) were awarded as the best referees of the championships.

The World Championships was opened by President Choue who expressed his delight at the growth of the sport and praised GB Taekwondo for organizing such a great event. During the opening ceremony, World Taekwondo, in partnership with their global partner, Booyoung, presented Booyung Scholarships to Rwanda, 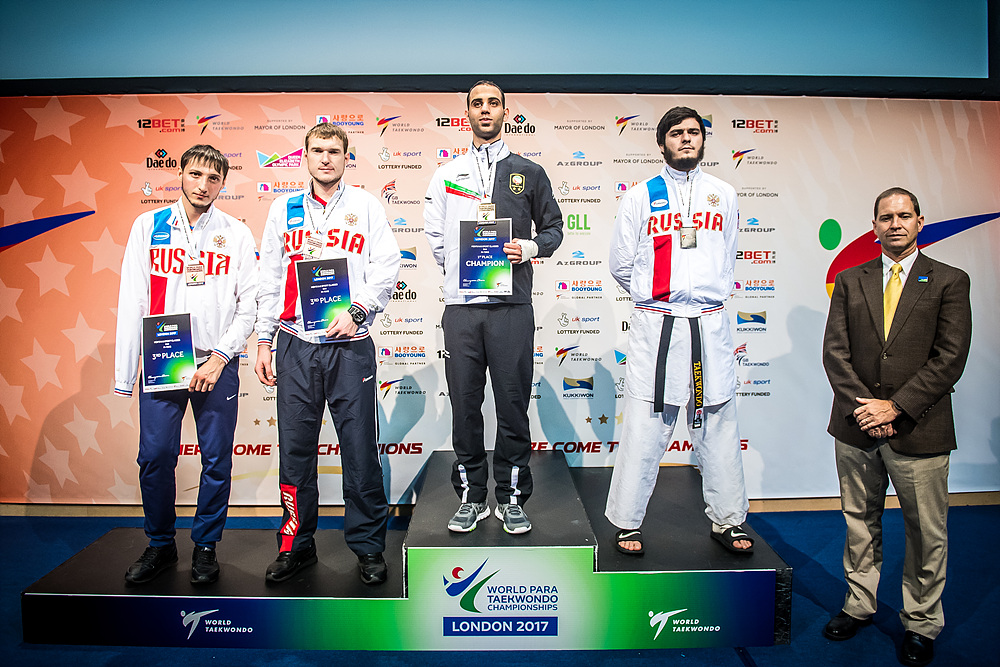 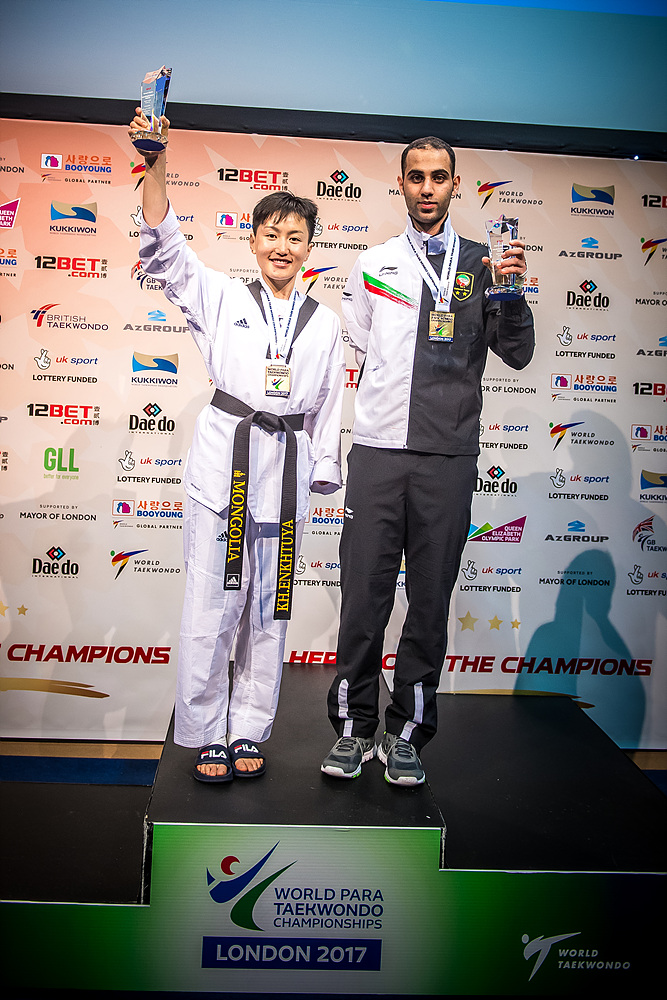 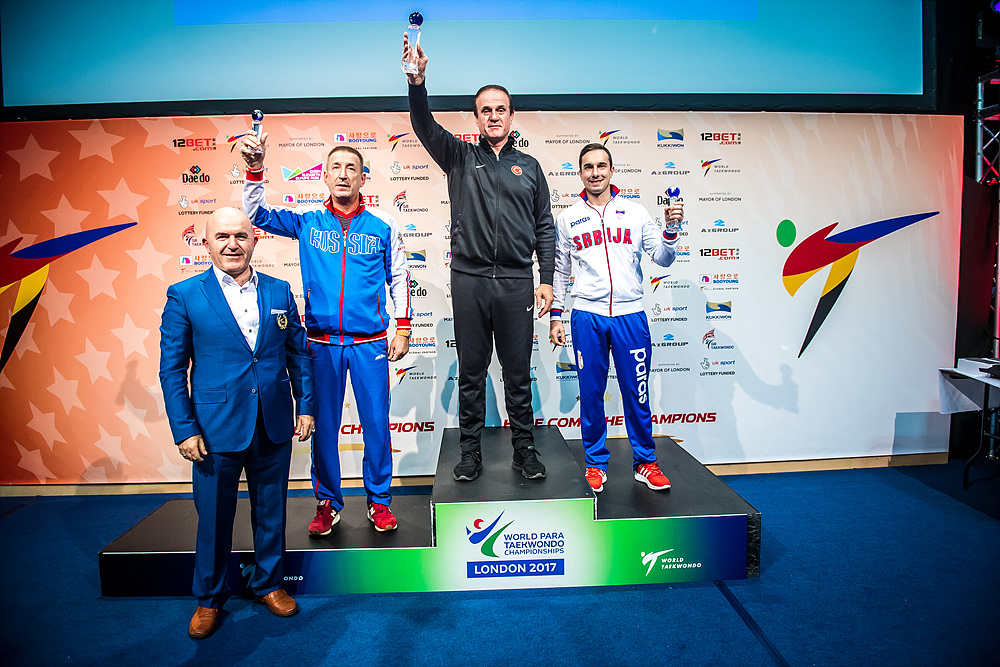 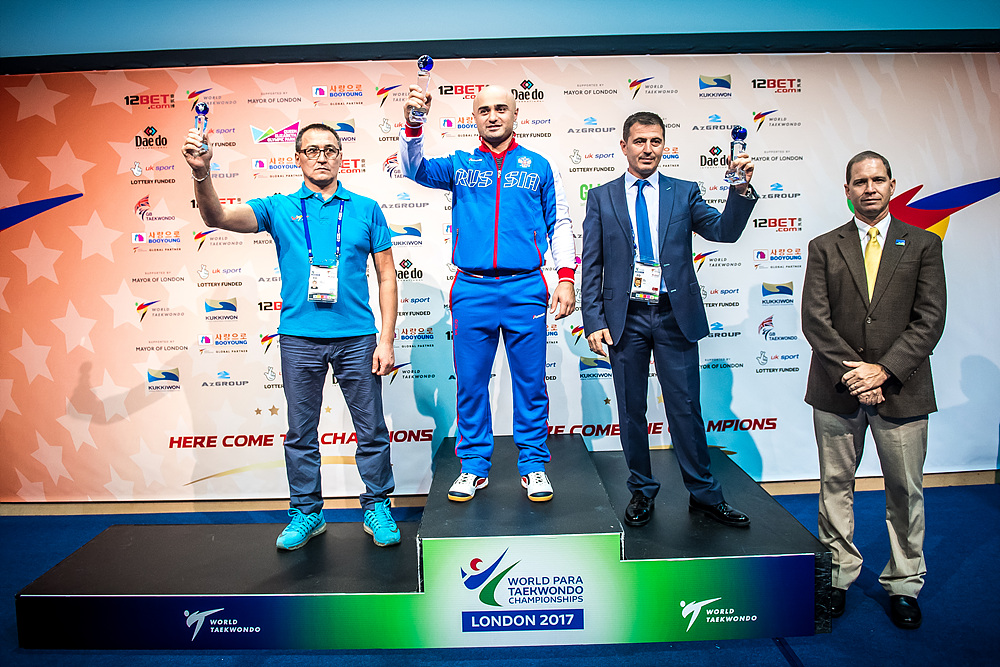 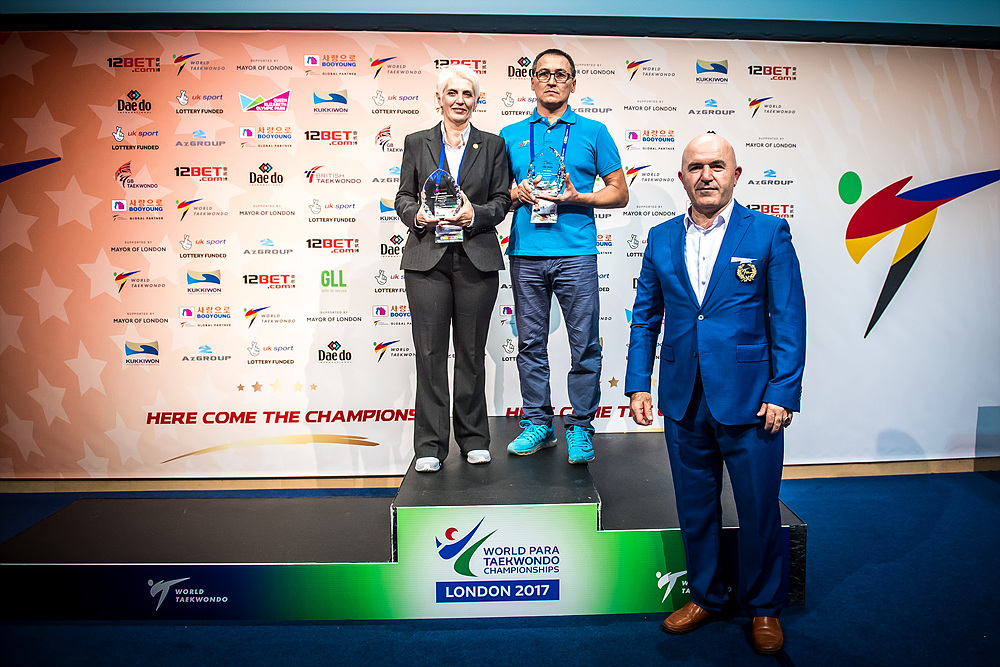 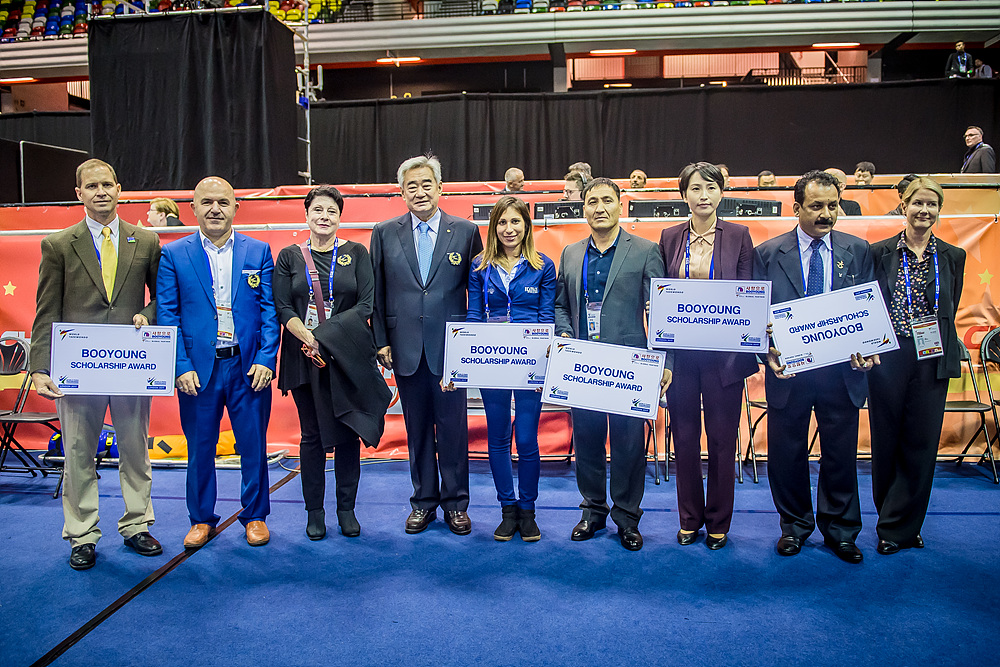