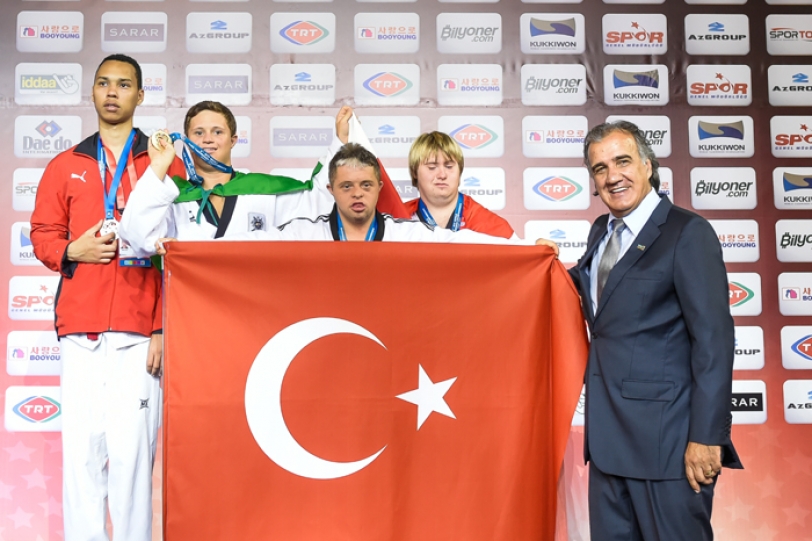 This was the opinion delivered by INAS President Amaury Russo, who made a flying visit to attend the 6th World Para-Taekwondo Championships in Samsun, Turkey on September 18. The championship was held just before the INAS Games get underway in Ecuador, from September 20-27.

“INAS is an organization that is 30 years old, and was one of the founders of the Paralympic movement,” Russo said during a snap interview held on the sidelines of the action in Samsun. “We are developing 11 sports worldwide and have three sports that are in the Paralympic Games: swimming, athletics and table tennis.”

Para-taekwondo offers two disciplines; Kyorugi (sparring) for the physically disabled, and poomsae (solo forms), for the intellectually impaired and neurologically impaired. Both disciplines were competed in Samsun, with the poomsae events given pride of place: They were held on the center mat, while fighting took place on the side mats.

INAS is paying particular attention to para-taekwondo, given that it is on the program for Tokyo 2020.

As it stands, only kyorugi, for the physically disabled, will be on the program in Tokyo. That is  something Russo hopes will change for the Paralympics in 2024, given the potential for the sport. Russo guesstimates that there is a very significant number of intellectually impaired athletes around the world practicing taekwondo in academies, schools and clubs alongside able-bodied players.

“INAS has a project, and that is to have more intellectually impaired sports in the Paralympics, so we are working with new federations to include these new sports in the games,” he said. ”My goal is to strengthen the partnership between INAS and the WTF.”