History made on final day of World Taekwondo Cadet Championships

SOFIA, Bulgaria (Jul 31, 2022) - The World Taekwondo Cadet Championships drew to a close today with a number of new records set on the final day of scintillating action.

Iran continued its strong form in the Championships winning two gold medals, while Korea, Cote D’Ivoire and Thailand all won one gold each. For Cote D’Ivoire it was the country’s first medal at the World Taekwondo Cadet Championships since 2014. History was also made by Israel when Lipaz Hajama won bronze in the W+59kg which was the country’s first ever medal at Cadet level, while Georgia’s Nika Gogoberidze’s silver in the M-61kg was his country’s first medal in any World Taekwondo Competition.

Iran’s Mohammad Mehd Saadati won the first gold of the day in the M-49kg as he beat Eunseok Lee from Korea, 2:0.

Thosiri Singthong continued the Thailand young women’s team’s impressive form at the Championships as she secured gold against Iran’s Parnian Saki in the W-37kg.

With Korea heading for a top place finish in the young men’s overall standings, Keonwoo Kim added another gold to their tally as he beat Belgium’s Yassine El Haddaoui 2:1 in the final of the M-57kg.

Cote D’Ivoire’s Kimi Laurene Ossin history making performance came at the expense of Thailand’s Suphaphon Srimahathat who she beat 2:0 in the final of the W+59kg.

The final bout of the day saw Radin Zeinali from Iran win gold in the M-61kg with victory over Georgia’s Nika Gogoberidze.

Following the conclusion of the competition, the following awards were presented:

The 2023 World Taekwondo Cadet Championships will be held in Sarajevo, Bosnia and Herzegovina. 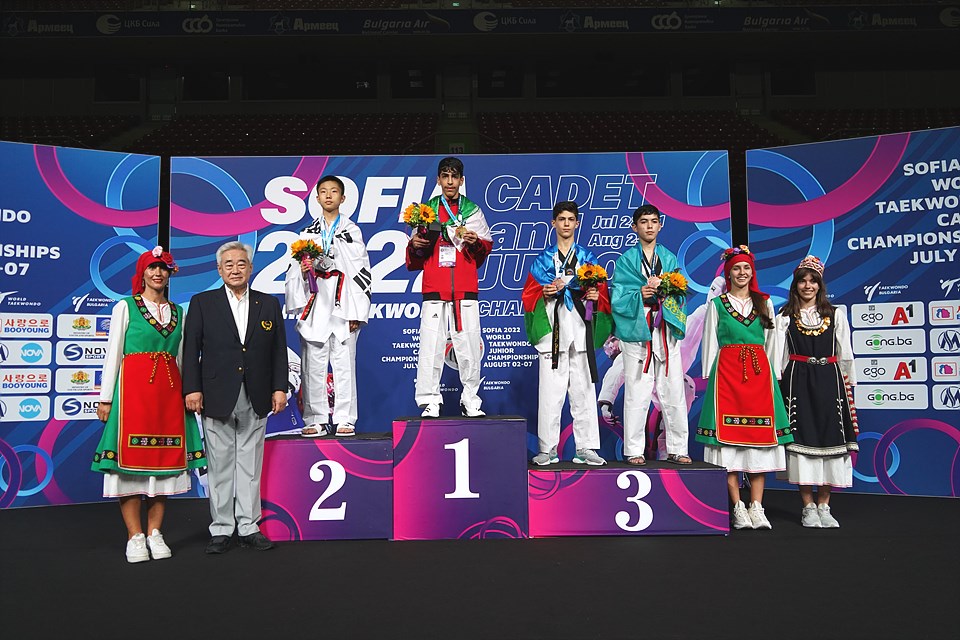 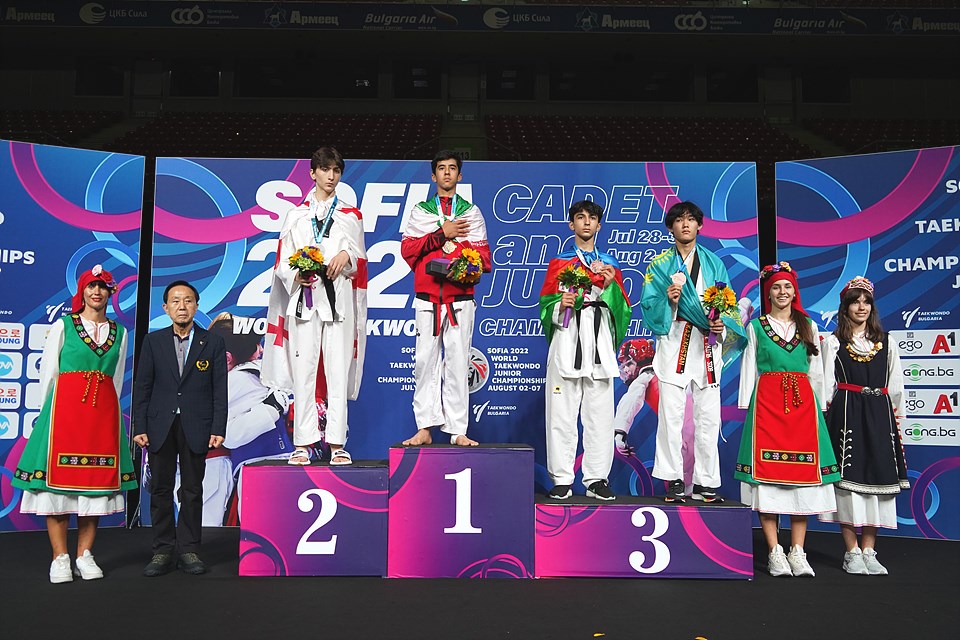 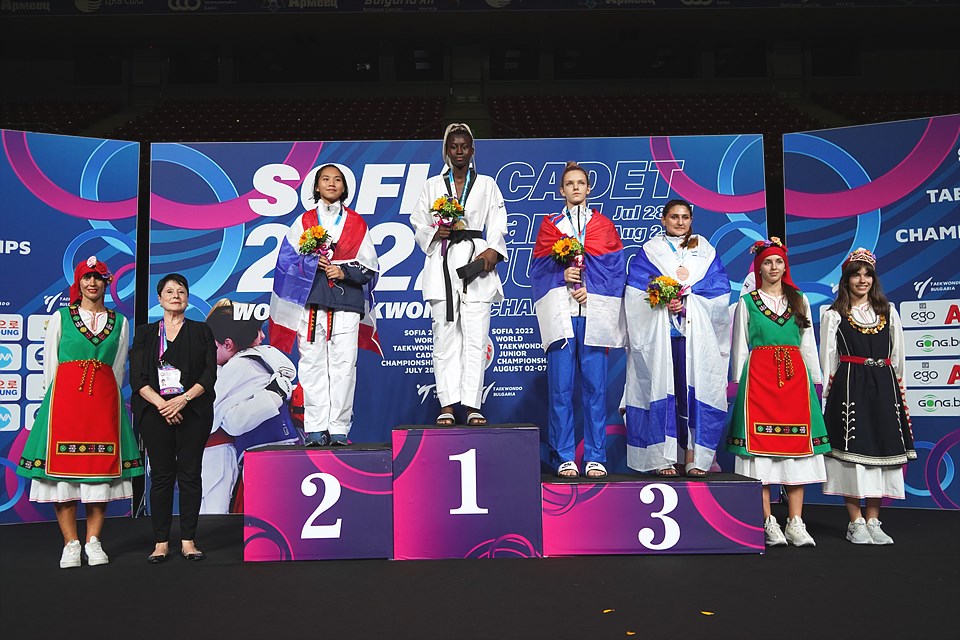 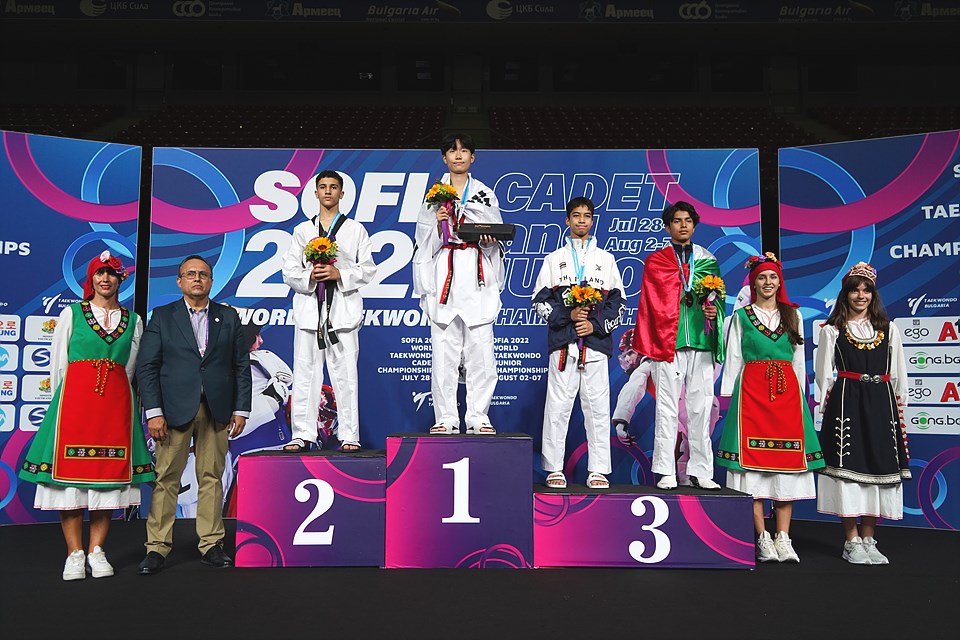 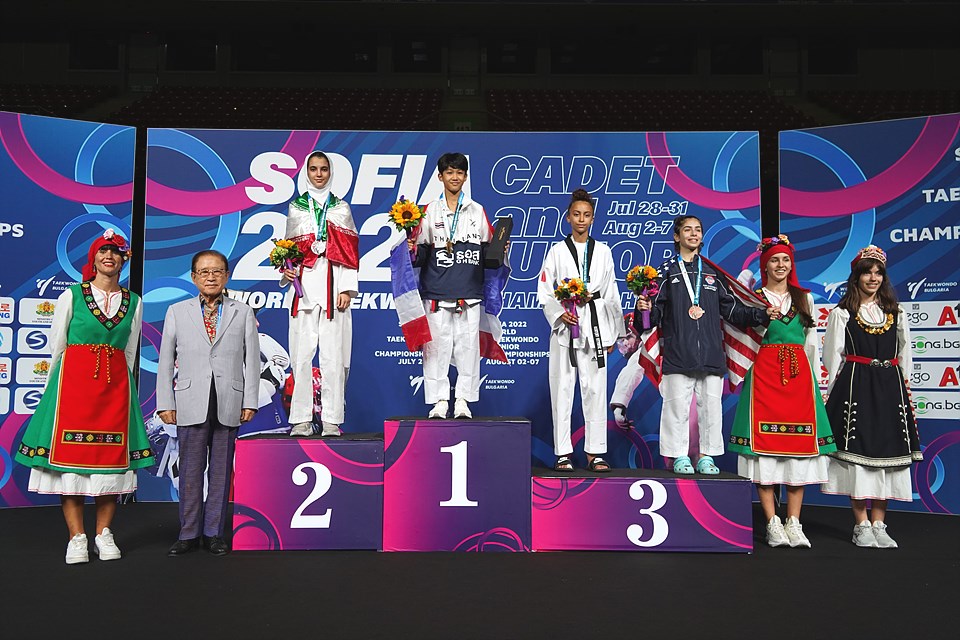