-- Lee Reaney for the IPC

The event will be held in Istanbul, Turkey on 11-12 December and as a G-14 event, will offer athletes major rankings points in their bids to qualify for Paris 2024.

One of Para Taekwondo’s traditional powers, Turkey was the only country to qualify a full slate of six athletes to Tokyo 2020 and will send a record-breaking 58 athletes to the 2021 World Championships.

It is the third time Turkey is hosting Para Taekwondo’s biggest event, following the Samsun 2015 and Antalya 2019.

Istanbul 2021 is set to become the second-biggest Para Taekwondo event of all-time. The 2019 World Championships featured 333 athletes from 66 countries, although the event included the Poomsae discipline – which will not be included at Istanbul 2021.

With new Poomsae rules passed just last week, the next Poomsae World Championships will be held in 2022.

(Update: Due to travel restrictions related to COVID-19 and the Omicron variant, at least four teams have had to withdraw before travelling – Afghanistan, Ghana, Japan, and Morocco. Also, Zakia Khodadadi suffered an injury during training and will not compete in Istanbul.)

Since Tokyo 2020, Para Taekwondo has updated its classification and weight categories.

Any athlete that has not been classified since the conclusion of Tokyo 2020 must undergo classification before competing at the 2021 World Championships.

The new divisions are:

With just three years before Paris 2024, the 2021 World Championships have attracted the vast majority of current and former world champions, Paralympians, and top fighters.

That leaves many of the sport’s biggest stars ready to battle for big ranking points to shoot to the top of the rankings in the new weight divisions.*

Will we get to see the highly anticipated rematch of the -75 kg Paralympic final between reigning world and Paralympic champion Juan Diego Garcia Lopez (MEX) and four-time world champion Mehdi Pourrahnama (IRI)?

Will newcomer Beth Munro (GBR) continue her scintillating run in 2021? In just her second international competition, Munro knocked off some of the sport’s biggest stars on her way to a surprise silver medal at Tokyo 2020.

Will Nepal win its first-ever World Championship medal? Palesha Goverdhan nearly captured Nepal’s first medal – at either the Olympic or Paralympic Games – at Tokyo 2020, before falling to reigning world champion Li (CHN) by a single kick in the bronze medal match. She won Nepal’s first-ever gold medal at the Asian Youth Para Games last week, showing she could be dangerous in Istanbul.

How will the new weight categories shake down? While many rivalries will remain, others will be born in Istanbul. Watch out for Paralympic bronze medalist Jeong-Hun Joo (KOR) and Magomedzagir Isaldibirov (RTF) is the -80 kg division.

Will Brazil continue its reign at the top? After winning the Paralympic medal table with a full set of medals – Nathan Torquato (gold), Debora Menezes (silver), and Silvana Fernandes (bronze) – Brazil is sending its biggest team ever to the 2021 World Championships. Menezes won the country’s first world championship in 2019. How many can they claim this time?

The Antalya 2019 world championships were the coming out party for many of the sport’s biggest stars, including Garcia Lopez, Menezes, and Li. Who will emerge this year as Para Taekwondo’s newest global sensations?

*NOTE: Athletes will transfer their already accrued ranking points to the new divisions, i.e. they will not be starting from scratch. 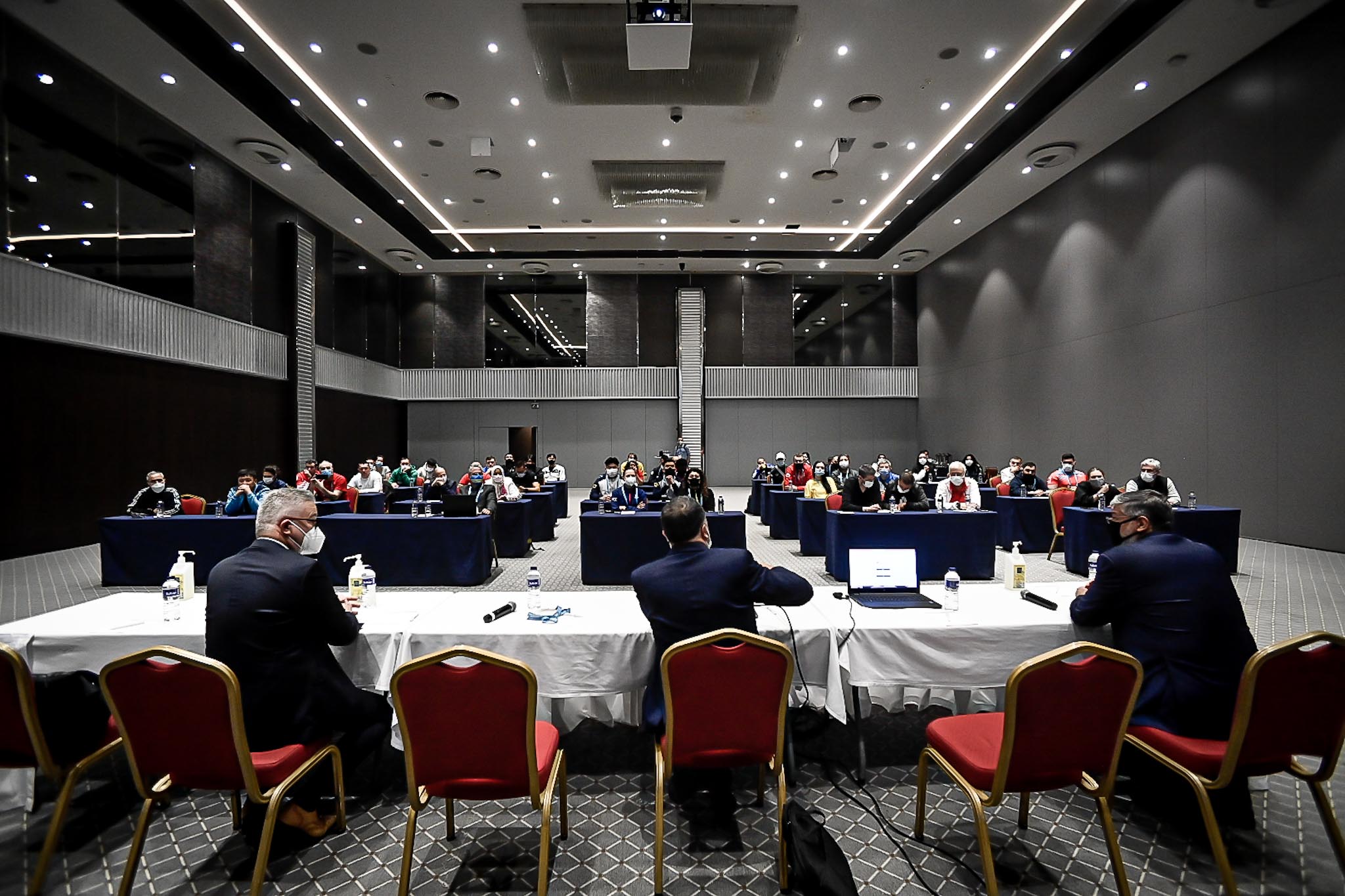