USA and Uzbekistan Capture Golds on Day 2 of Tokyo 2020 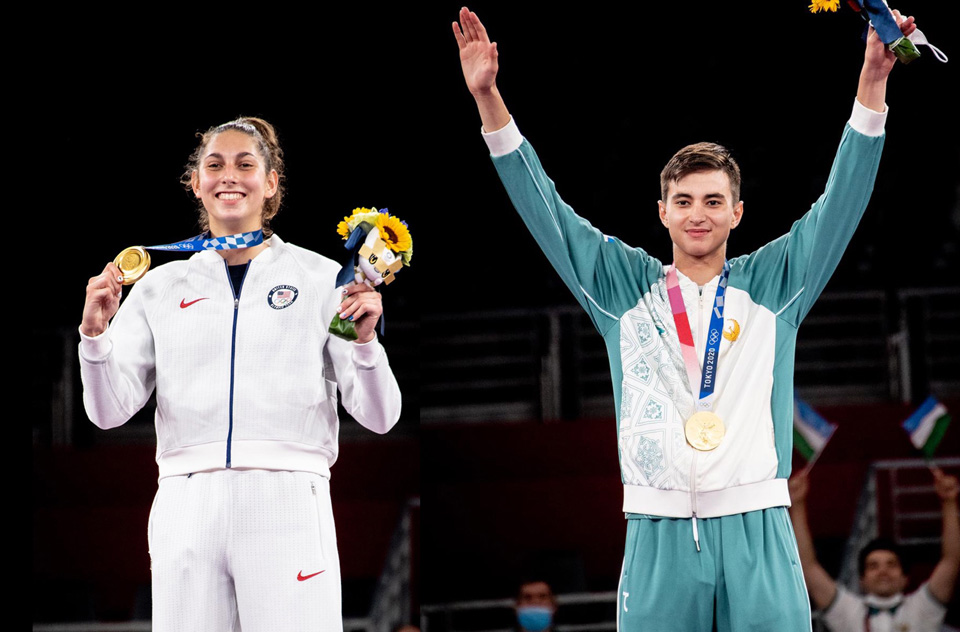 After a day of upsets that saw two of the game’s biggest names stopped in the prelims, new stars lit up the medal podium

CHIBA, Japan (July 25, 2021) –  Anastasija Zolotic of USA and Ulugbek Rashitov of Uzbekistan both made history as they won golds on the second day of the four-day Taekwondo Olympic competition at Tokyo 2020, in the W-57kg and M-68kg categories, respectively.

Zolotic became the first American woman to win a gold in Olympic taekwondo and Rashitov is the first Uzbek to win an Olympic medal of any colour in the sport.

The finals capped a day of shock surprises at the Makuhari Messe Hall A in Chiba. Earlier, double gold medalist Jade Jones of Great Britain had been knocked out of the competition in her first match; so, too, had widely fancied Korean superfighter Dae-hoon Lee.

Their appearances in the finals had been widely anticipated. It was not to be.
Just prior to the medal matches, a showcase was held: The second day of the Mixed-Gender Team Competition. In this rollicking format, China took on ROC, winning a close battle, 39-36.

And IOC President Thomas Bach visited the Taekwondo competition for the second consecutive day; no doubt to cheer for Refugee Taekwondo Athlete Kimia Alizadeh Zenoorin, the first EOR athlete to compete in the medal rounds at Tokyo 2020.

Alizadeh Zenoorin had generated coverage in  major global media as she put in some superb performances during a tough series of matches earlier the day - including taking out defending champion Jones. However, she finally lost in her bronze match.

Remarkably, out of the four fighters who strode onto the field of play for the gold medal matches, only one was an established player on the elite circuit; the other three are all relatively new faces.

W-58kg
The final pitted seventh-seed Zolotic of Team USA – whose biggest achievement in the senior division prior to today was two Grand Prix bronzes - against fifth-seed Tatiana Minina of ROC, a silver medalist at the 2017 World Championships.

The ROC player drew first blood, opening the scoring with a long-range round kind for three points - but the American swiftly hit back to the trunk. In a flurry the scores rose for both players and equalized at 7-7. Then Zolotic landed another head kick - the slap of impact on the head protector resounded round the stadium  and the first round ended 12-10 to the American.

Round 2 got underway, with both players firing high, arcing kicks in some very clean, long-range taekwondo. The match varied between a war of nerves in the center of the mats, with some yelling, then fast slurries of action. Round 2 ended 14-13 to Zolotic.

The final round saw the American fighter turn up the pressure and the scoring; the ref had little to do as the fighting took place at range, as both athletes gave their kicks full play. As the round proceeded, Zolotic went into top gear and the shorter ROC athlete looked increasingly frustrated. There was some ferocious play in the final seconds, but the winner was clear.

A technically excellent bout ended 25-17 to the American making her the first American to win Olympic gold in taekwondo.
Bronzes went to Chia-ling Lo of Chinese Taipei and Hatice Kubra Ilgun of Turkey.

M-68kg
In the last match of the day, Great Britain’s World Champion and two seed Bradly Sinden came out looking serious, while Uzbekistan’s 17th seed Ulugbek Rashitov – who had been delighting the crowd all day with his high and spinning kicks, but whose biggest win prior to today was gold at the 2019 World Military Games – looked fresh and relaxed.

The Uzbek opened the scoring with a punch as Sinden tried to land to the head from the clinch – but the Brit returned fire with trunk kicks, going four up, while the Uzbek landed another punch. Action heated up: Sinden’s kicks were hitting – then suddenly, in the best play of the game so far, Rashitov landed two head shots within seconds of each other and Round 2 ended 13-8 to the Uzbek.

The second round saw continued intensity. Sinden ran Rashitov off the area, but the Uzbek was highly accurate with his kicks, moving his score north. Sinden lost a gamjeon for grabbing, and his technique was starting to look ragged – then he landed a head kick from the clinch, putting him back in the game. Round 2 ended 18-14 to Rashitov.

The match could go either way in the third – and indeed, in continual action, the score equalized at 19-19 The drama rose a notch as the Uzbek coach called an IVR. Rejected.

As action recommenced, Sinden landed twice to the body, drawing ahead, 23-19. Rashitov fired back, with head kicks and a flurry of strikes, taking the board to 26-25. But as the final seconds counted down, it was Sinden who drew ahead just when he needed to. It looked like gold for GB, but with just 10 seconds on the clock, Rashitov landed a spinning back kick and that was the decisive blow. The match ended 34-29.

A superb win for Rashitov and agony for Sinden – who, like his team mate Lutalo Muhammad at Rio 2016, lost the game in the final moment.
Bronzes went to Hakan Recber of Turkey – who is coached by Turkish taekwondo legend and London 2012 gold medalist Servet Tazegul - and Shuai Zhao of China. 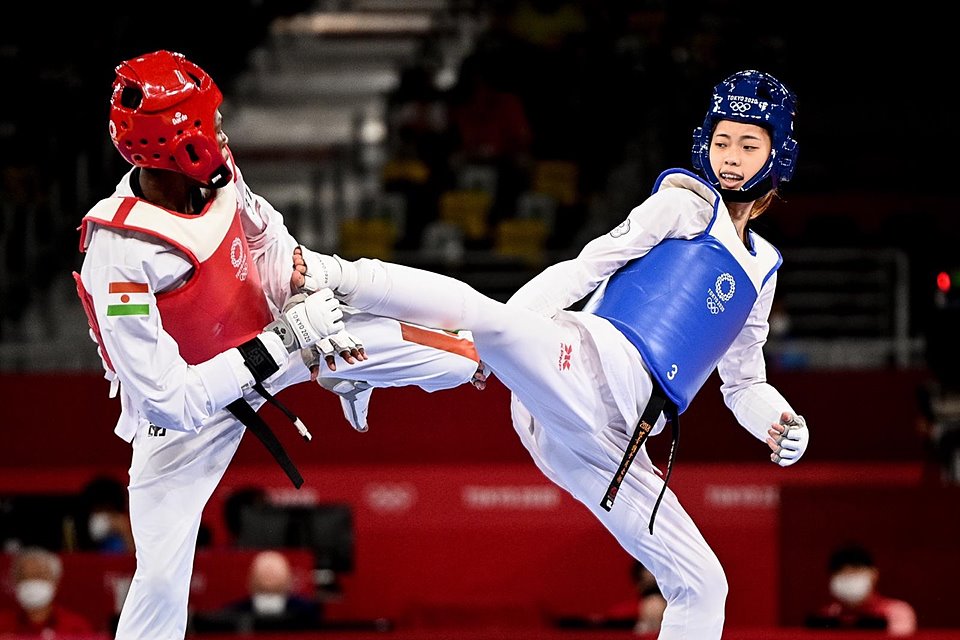 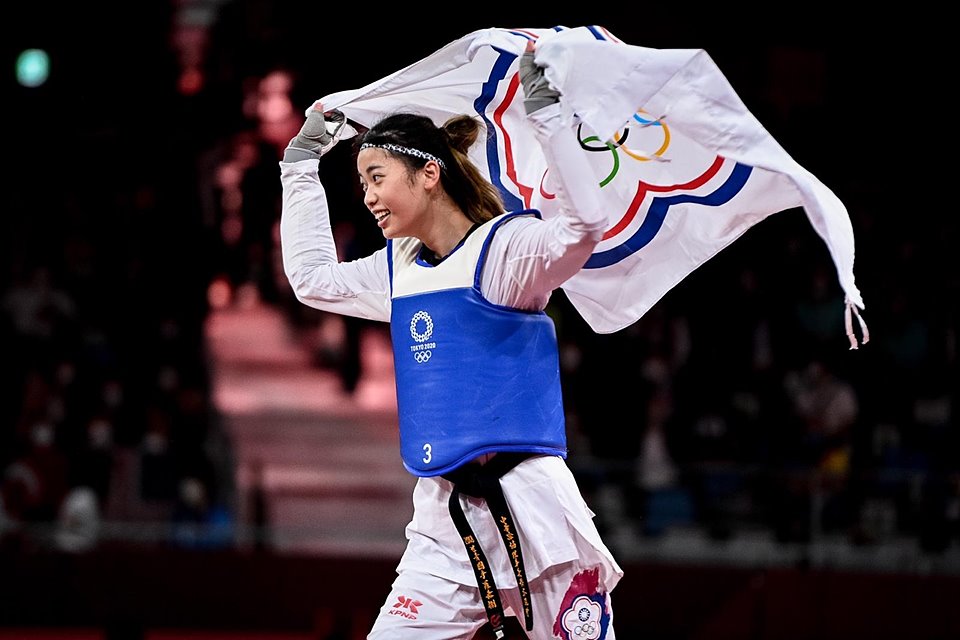 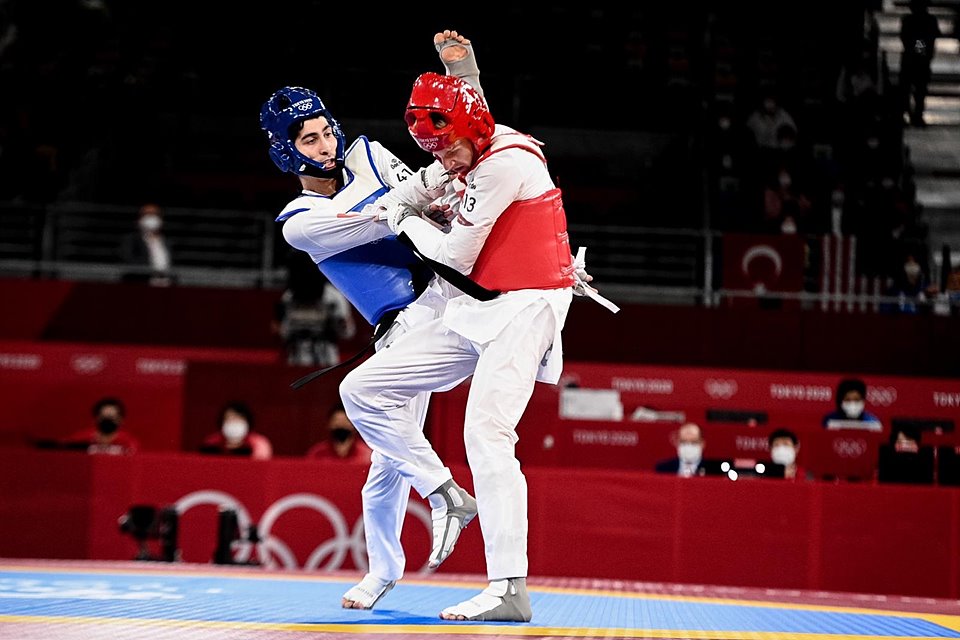 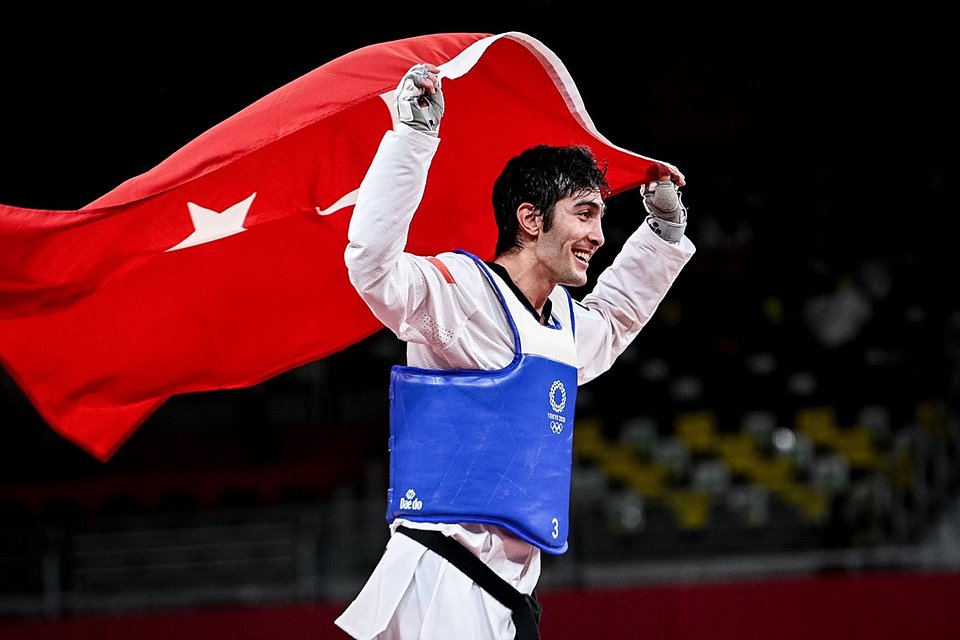 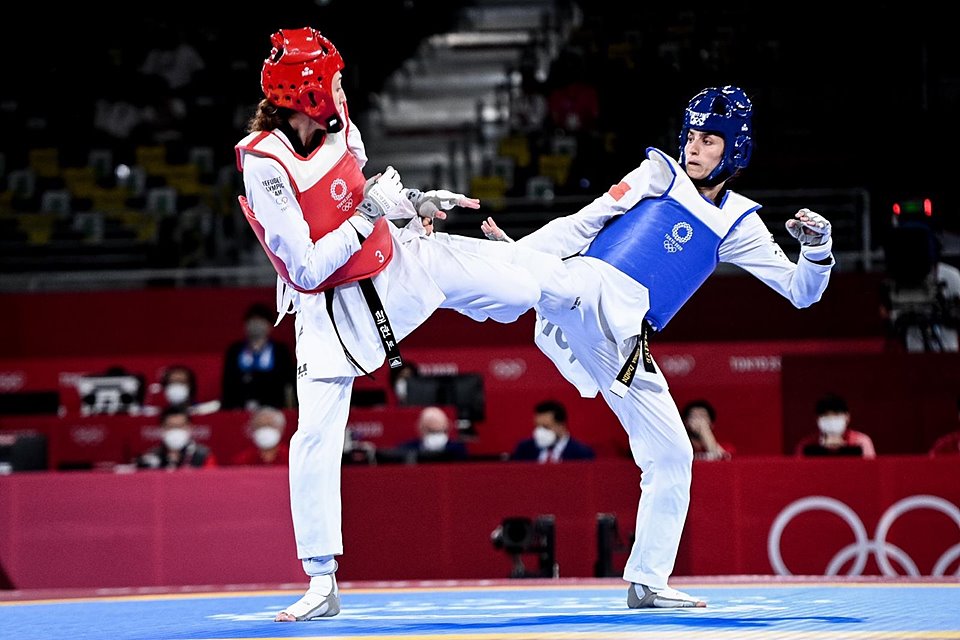 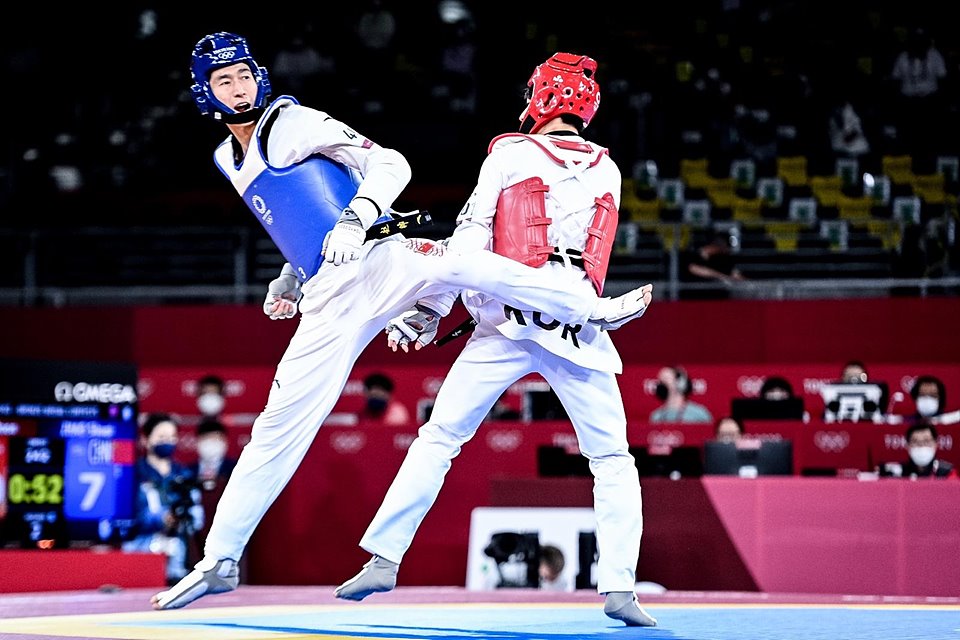 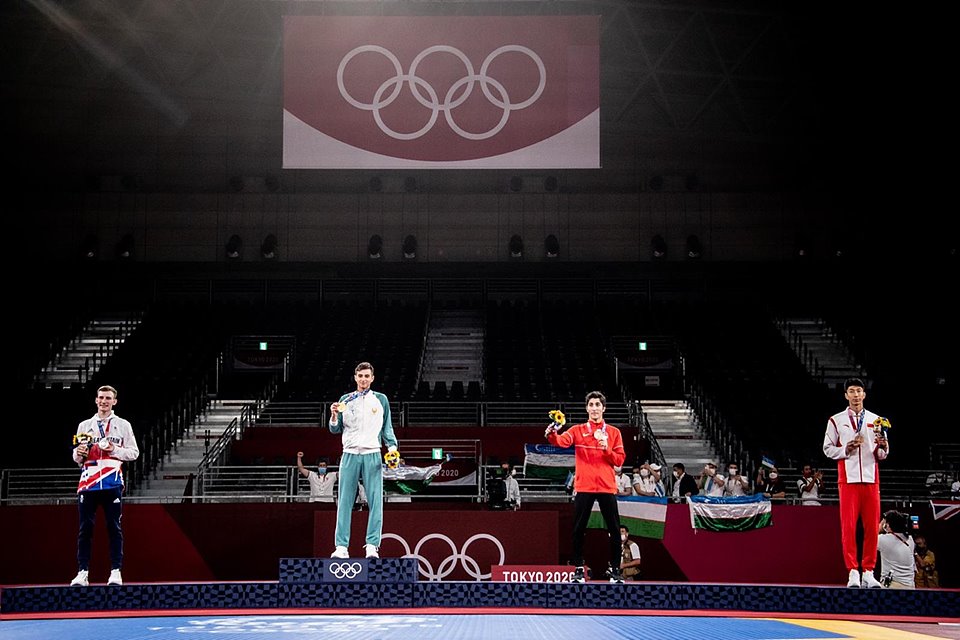 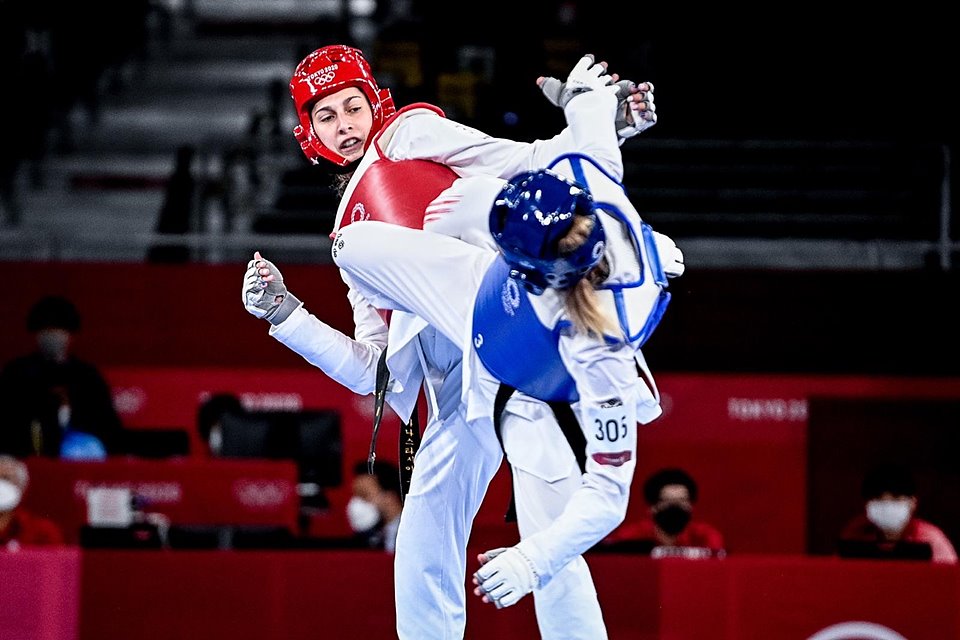 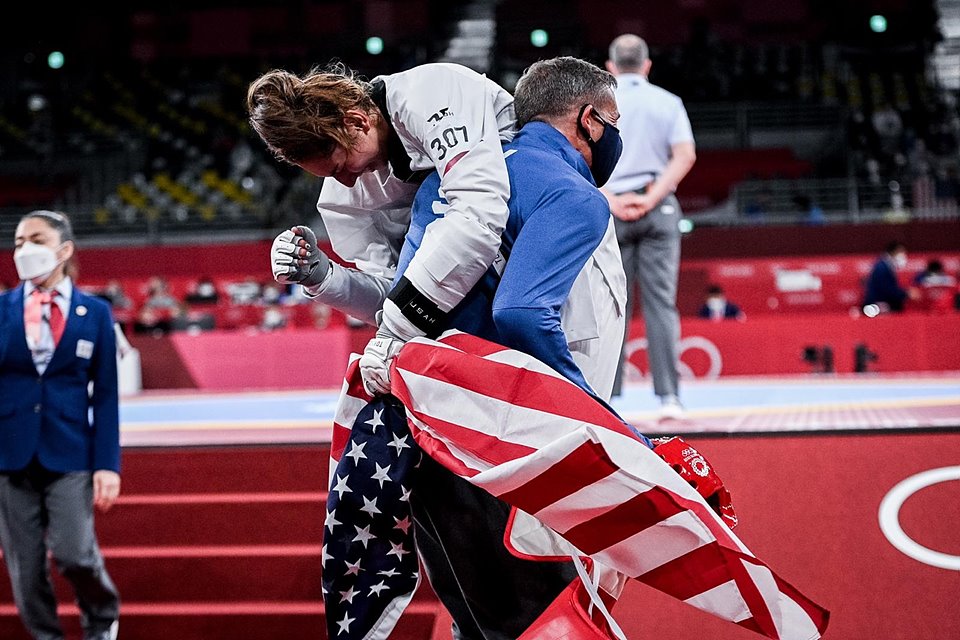 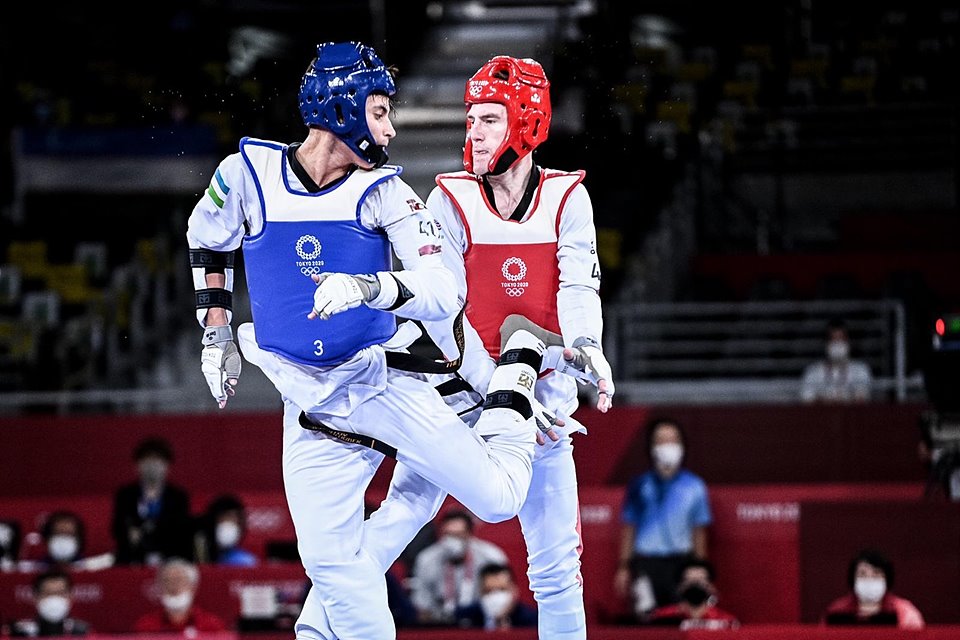 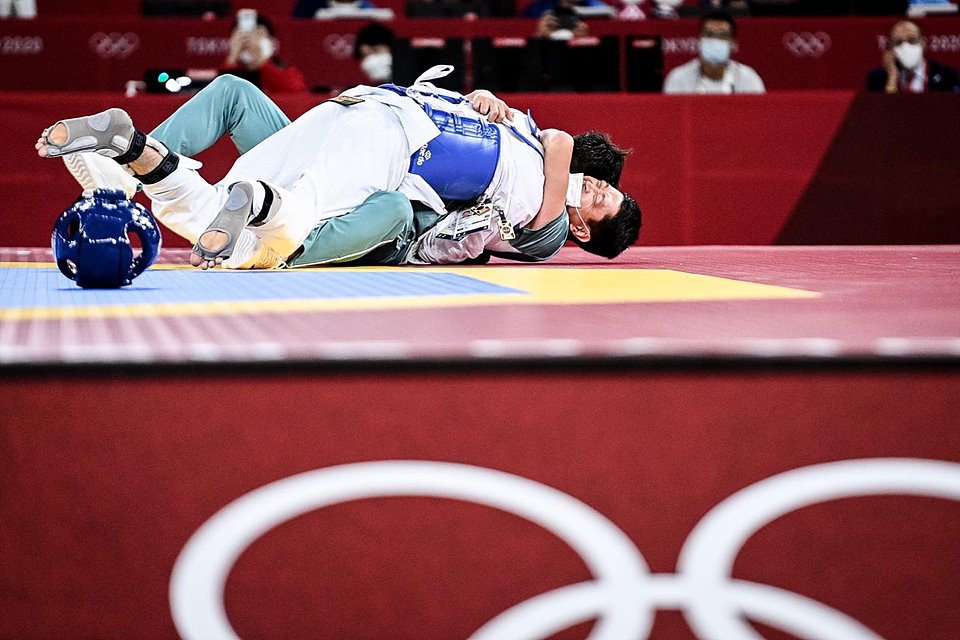