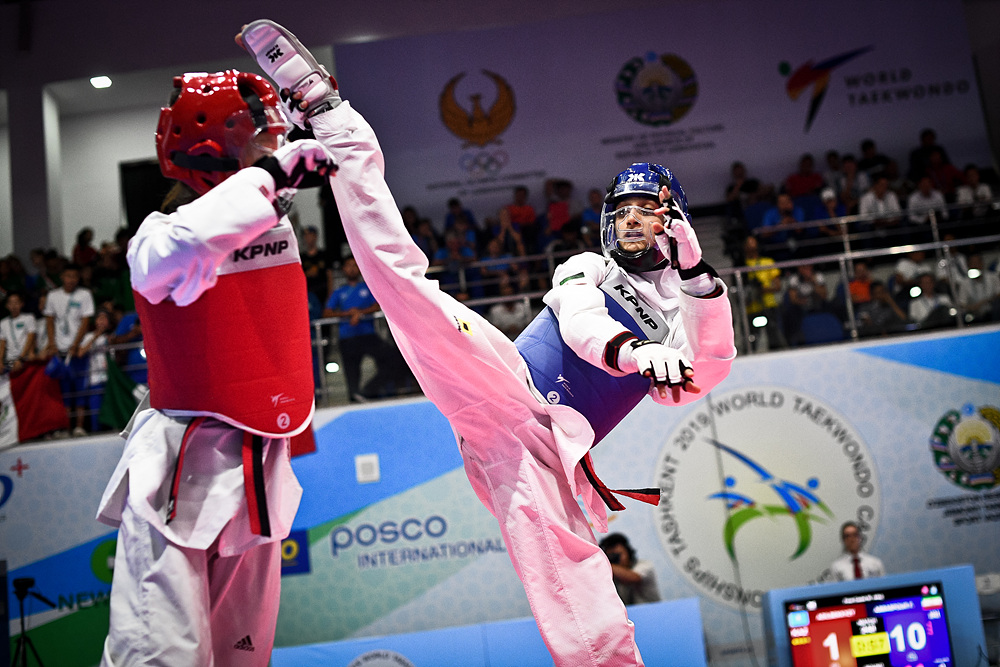 TASHKENT, Uzbekistan (August 9, 2019) - On an enthralling third day at the Tashkent 2019 World Taekwondo Cadet Championships, Iran came out on top with two gold medals, hosts Uzbekistan and the USA won their first golds of the Championships and Russia added to their growing tally of first place finishes.

The day’s finals commenced with the men’s -41kg category. Much to the delight of the home crowd, Uzbekistan secured their first gold medal of the tournament when Zafarbek Karimov (UZB) won in impressive fashion, 31-11, against Amirhossein Norouzi (IRI). After fantastic efforts on the matt, Tzu-I Chan (TPE) and Ryan Martine (HAI) secured bronze. 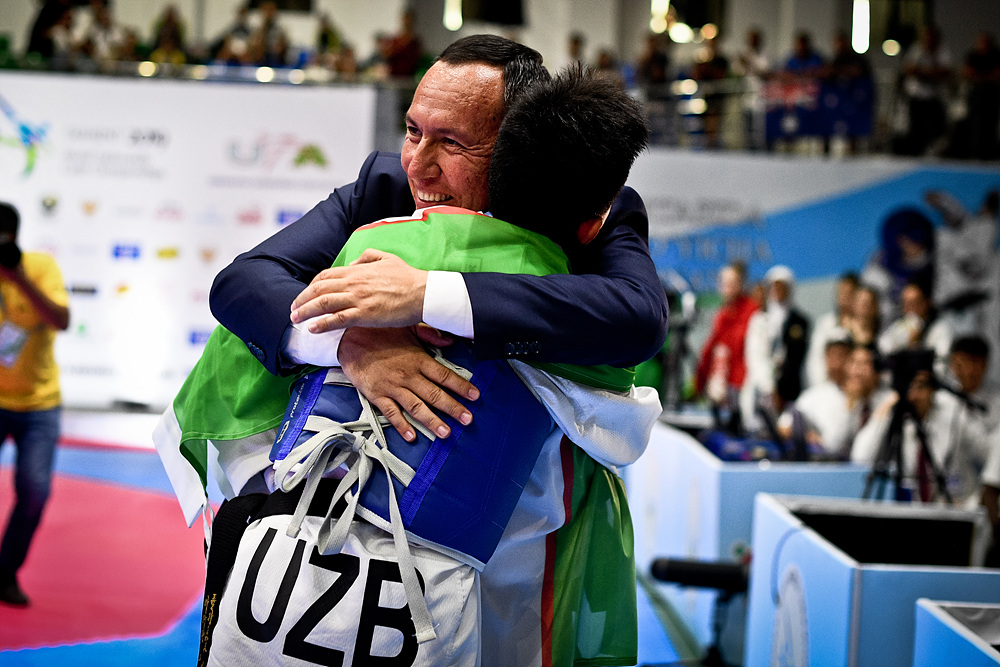 The second final of the day was a tighter affair as Sviatoslav Garbuz (RUS) matched up against Zarko Krajisnik (SRB) in the men’s -45kg final. After a tense three rounds, it was Garbuz who came away victorious as he took gold with a score of 11-6. Securing the first medal for Palestine, Omar Yaser Ismail (PAL) joined Eduardo Malo Gutierrez (MEX) in joint third place.

Despite losing out to the host nation for gold in the men’s -41kg finals, it was Iran’s day in both the women’s -44kg and -55kg finals. Sanaz Abbaspour Fazlabad (IRI) beat Aisha Adilbekkyzy (KAZ) with a dominant score of 25-2 in the women’s -44kg while her compatriot Pouneh Jafar Salehi (IRI) was equally convincing and beat Jiyeon Kim 21-1 in the -55kg. Sarah Chaari (BEL) and Elsa Hernandez Vazquez (ESP) celebrated bronze in the -44kg and Vitaliya Lazuta (BLR) and Pei-Yu Yao (TPE) who took third place in the -55kg. The last final of the day brought some of the greatest drama, as equally matched Ava Lee (USA) and Setayesh Ghahremani Mahid (IRI) battled it out for the women’s -59kg gold. In a match that went to the very last second, it was Lee who claimed victory, 14-13, to deny Iran their hattrick of gold medals. Daria Kulakovskaia (RUS) and Neus Valbuena Sanchez (ESP) won bronze.

This fund will assist nations to develop taekwondo in their recipient countries, by investing in the sport and expanding taekwondo’s base all around the world. 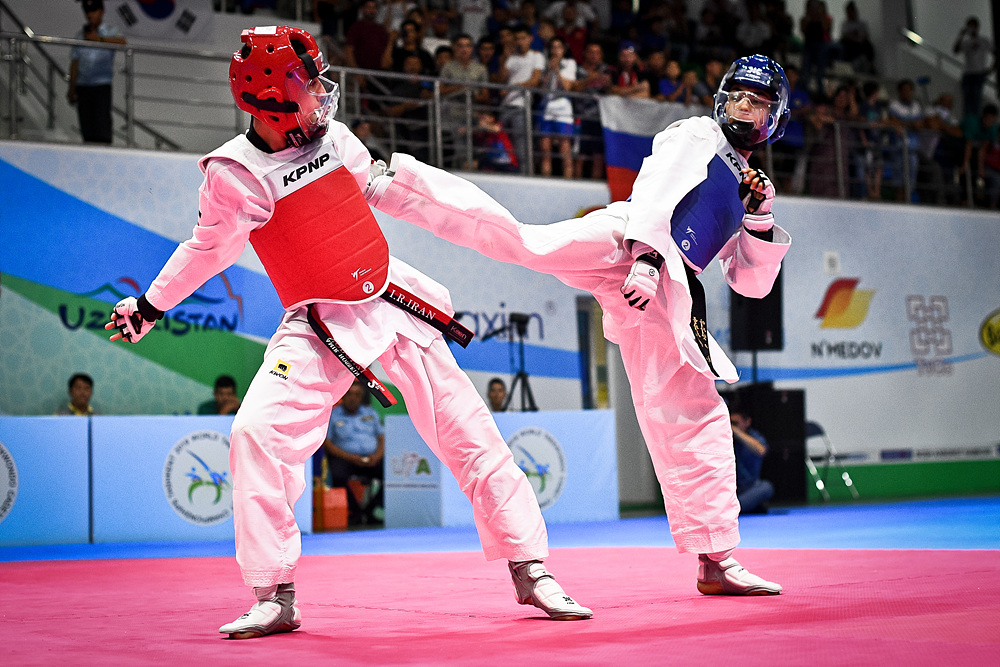 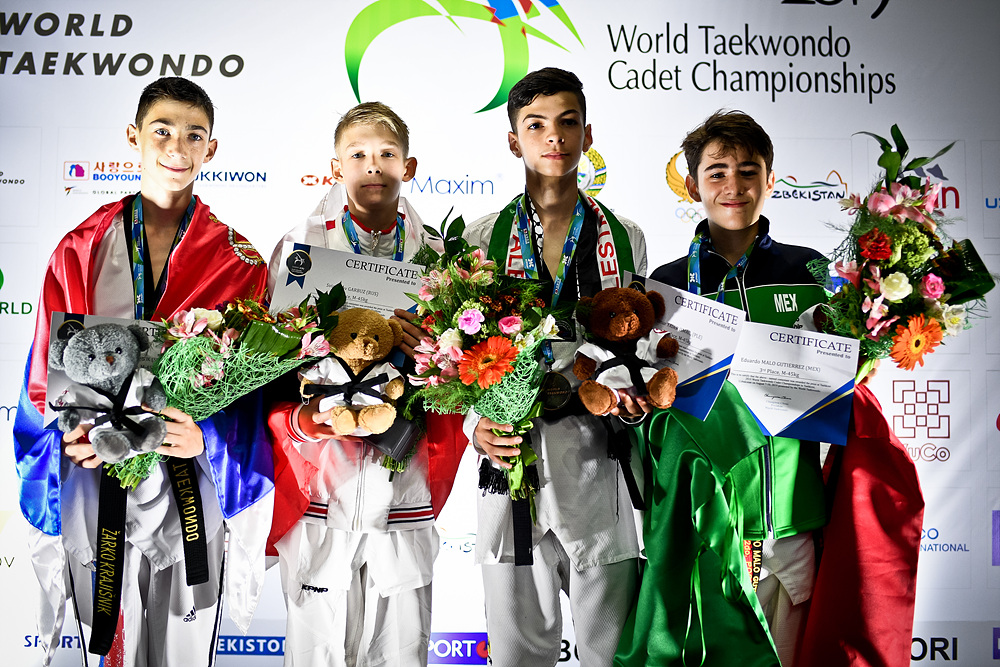 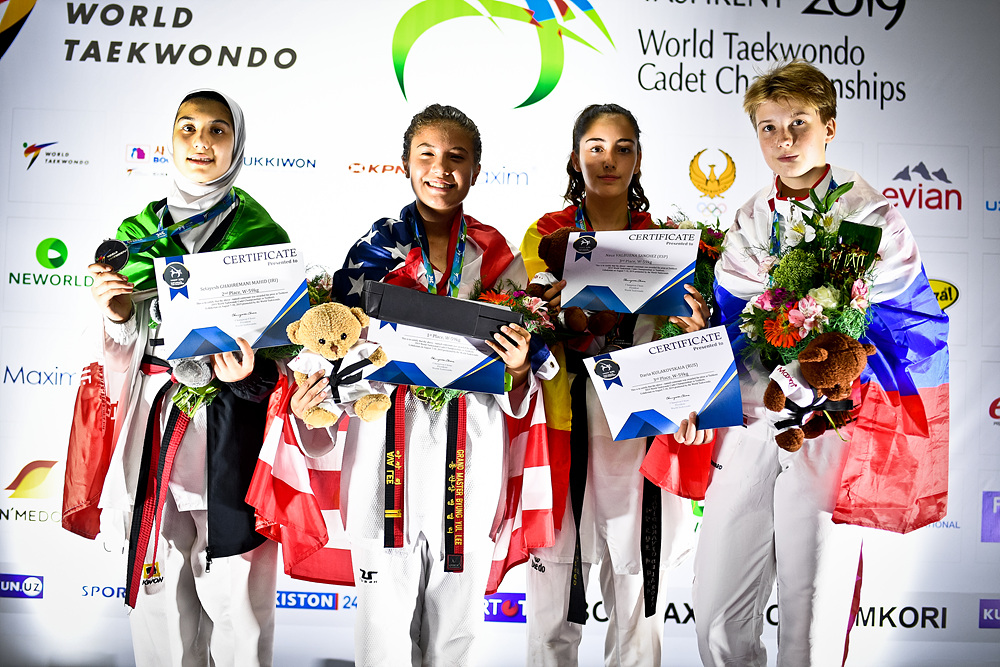 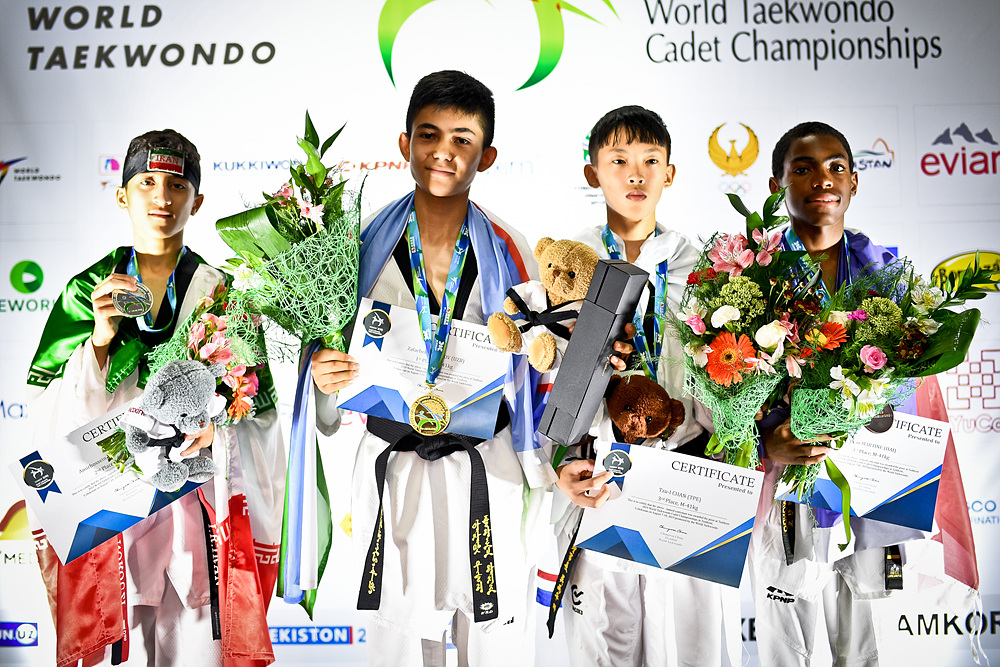 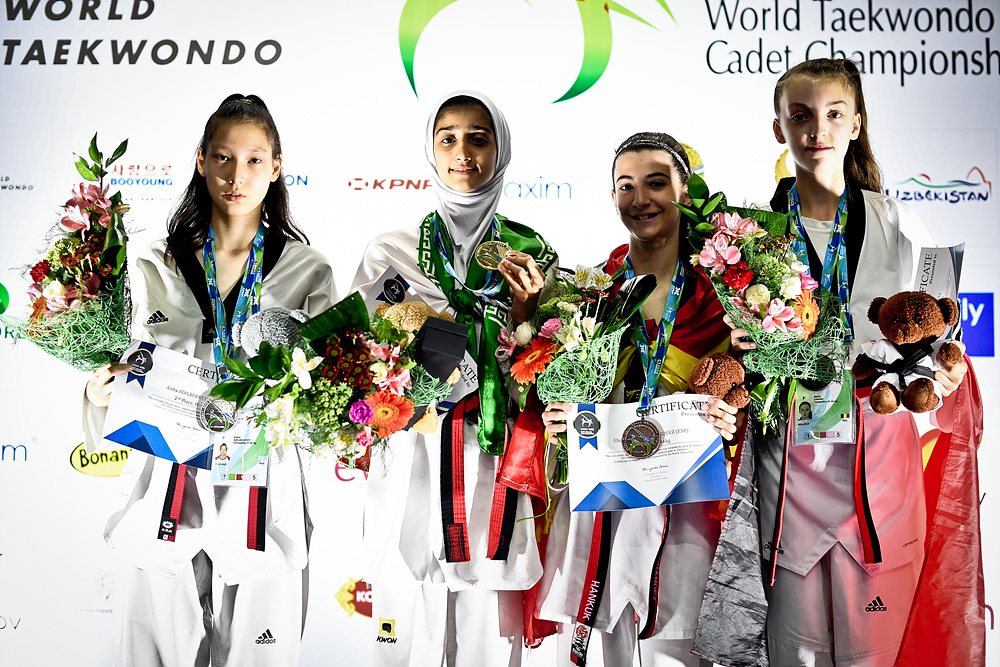 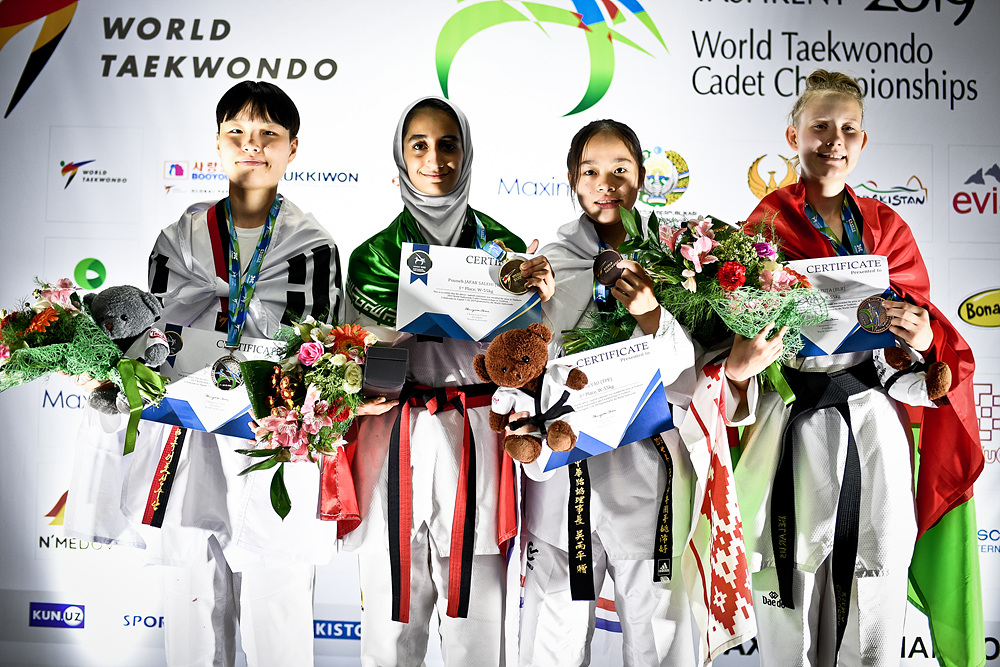 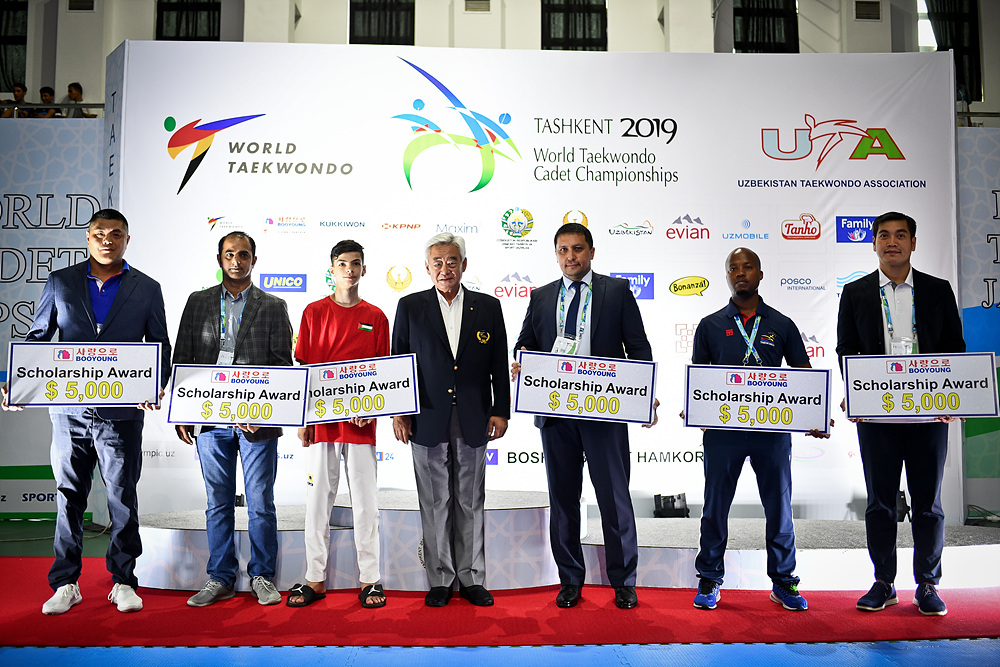