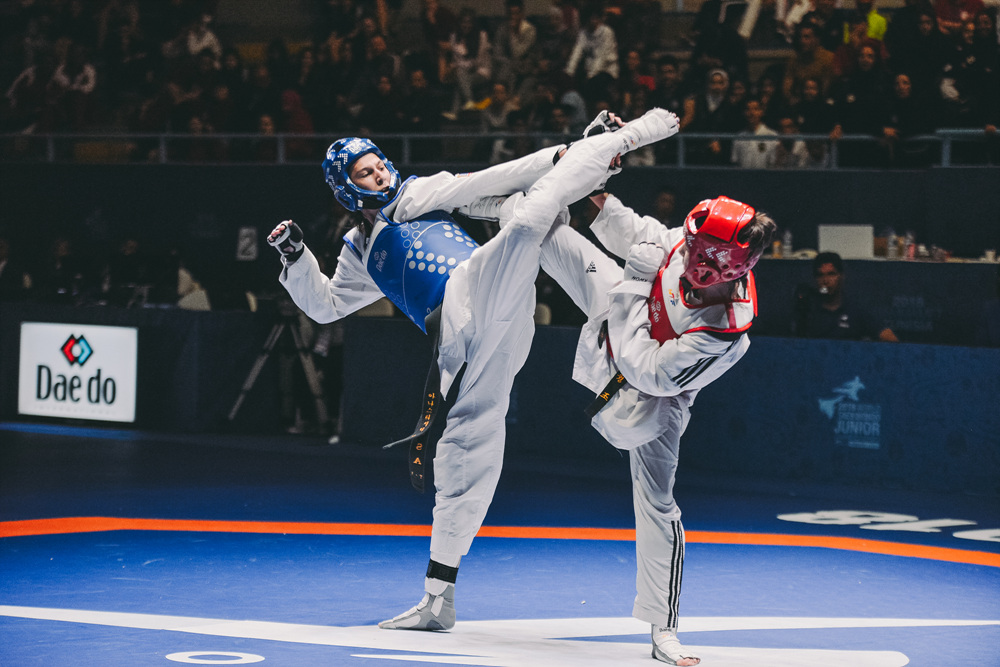 HAMMAMET, Tunisia (April 12, 2018) - Iran today added a fourth gold medal to their haul, whilst Azerbaijan, USA and Chinese Taipei won their first golds in an exhilarating third day of action at the World Taekwondo Junior Championships in Hammamet, Tunisia.

The bronze medals were won by Vanessa Beckstein of Germany and Gabriela Briskarova of Slovakia.

The junior male -59 final was contested by Hamed Asghari Mahiabadi from Iran and Arslan Demir of Turkey. Mahiabadi took an early 6-0 lead with a series of kicks to the trunk, but was then forced into conceding three gam-jeoms. However, Mahiabadi managed to close out the first round with the score at 9-5. In the second round Mahiabadi extended his lead emphatically by landing a punch and two kicks to the trunk of his opponent. In the third round, Demir tried to fight back courageously, but Mahiabadi was too strong defensively. In the last 30 seconds, Mahiabadi made sure of his gold by landing a combination of kicks to the trunk and head. The fight ended 29-9, with Mahiabadi securing Iran’s fourth gold medal of the tournament. That gold meant Mahiabadi added to his gold he won at the Youth Olympic Games in Nanjing 2014.

Young-Jun Lee of Korea and Gabriel Ramos of Brazil claimed the bronze medals.

Anastasiia Nosova of Russia and Chia-Ling Lo of Chinese Taipei fought in the junior female -55kg final. Both showed strong defensive work in the opening round, with neither willing to give any early points away. It wasn’t until the second round that the first points were registered by Lo with a side kick to the head. She then followed this up with another impressive kick to the head, only for it to be cancelled out by Nosova. Lo ended the round by landing a front kick to the trunk to take an 8-3 lead into round three. Nosova tried to respond in the last round and quickly forced her opponent into conceding two gam-jeoms in a row. However, Lo wouldn’t let this faze her. She landed three consecutive kicks to the trunk to secure her second World Taekwondo Junior Championships gold medal.  The fight ended 15-6 in Lo’s favour.

Fani Tzeli of Greece and Junli Yang of China won bronze for their respective countries.

The last final of the day saw Gabriele Caulo of Italy and Javad Aghayev of Azerbaijan battle for gold in the junior male -63kg. Aghayev landed the first blow after 30 seconds with a kick to the head and then forced his opponent to concede a gam-jeom by knocking him over. Caulo then forced two gam-jeoms of his own, but Aghayev responded with a front kick to the trunk to end round one 6-2 up. Both fighters landed punches to their opponent in the opening stages of the second round. Caulo started to close the gap by landing consecutive kicks to the trunk. However, it was Aghayev who landed the last blow of round two to take a narrow 9-8 lead into the last. Caulo attacked his opponent aggressively in the opening stages of round three and got his reward by forcing Aghayev into conceding a gam-jeom. The fight was tied at 9-9 at the half way mark of the last round. Both fighters looked to claim the gold late on, but it was Aghayev who landed the killer blow with a punch to the trunk in the dying seconds. The fight ended 14-13 and Aghayev claimed Azerbaijan’s first gold of the tournament.

The bronze medals were claimed by Erfan Moradi of Iran and Nedzad Husic of Bosnia and Herzegovina. 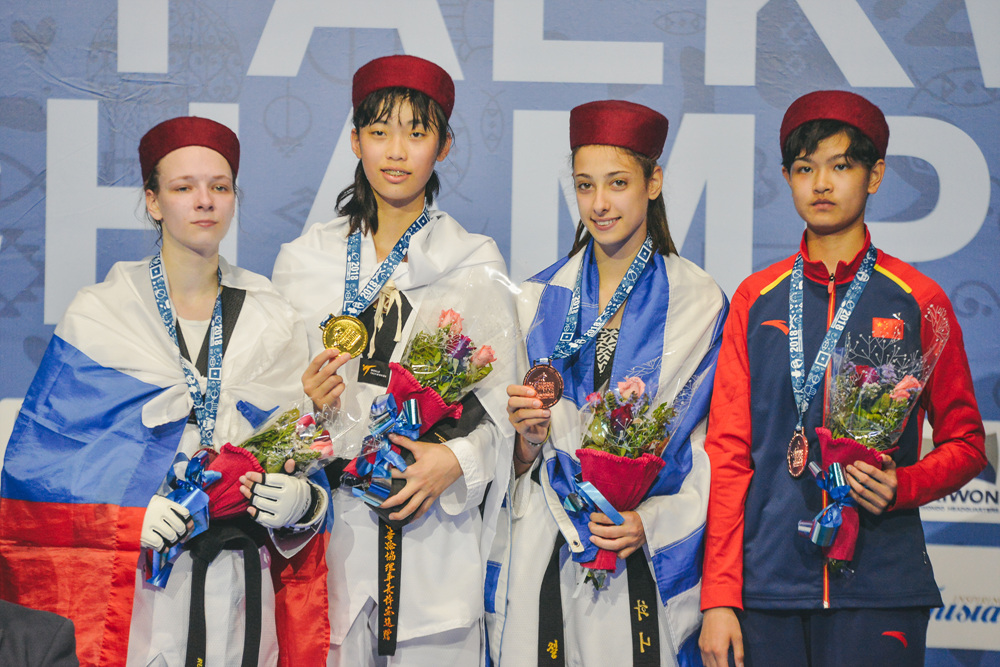 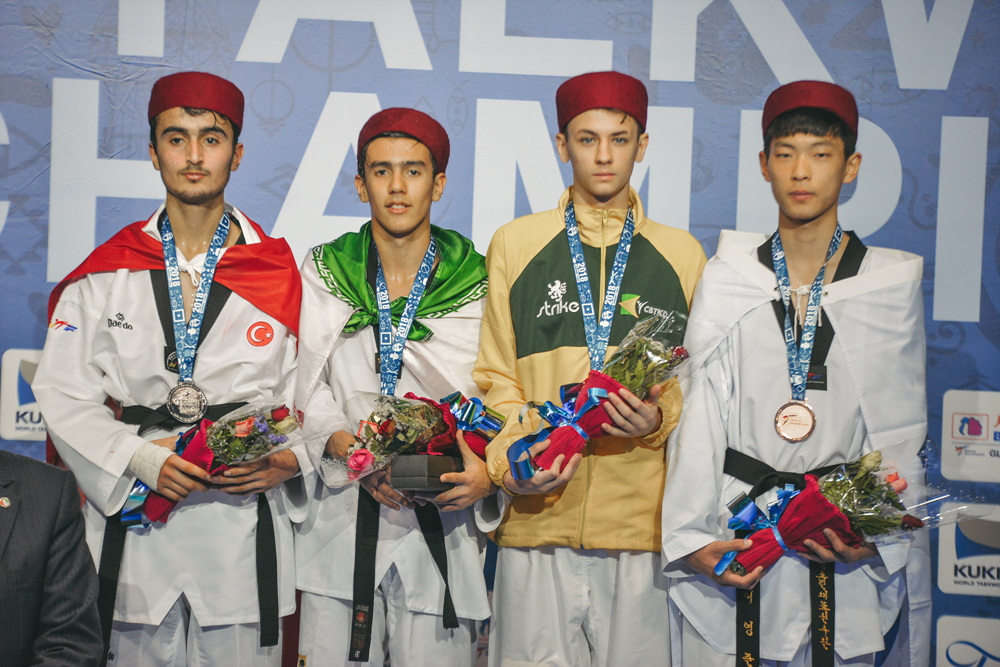 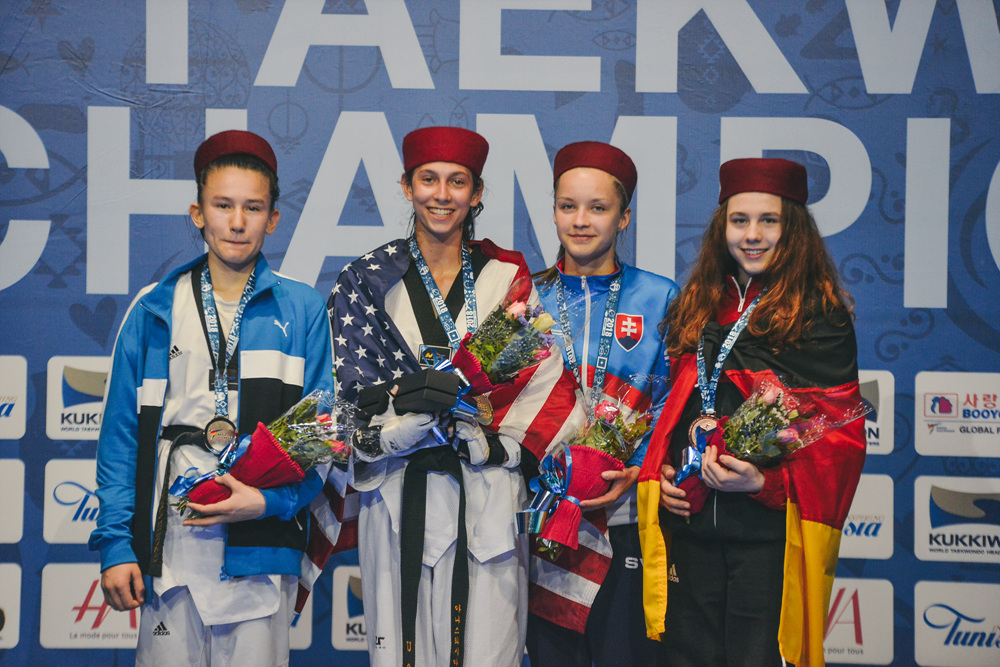 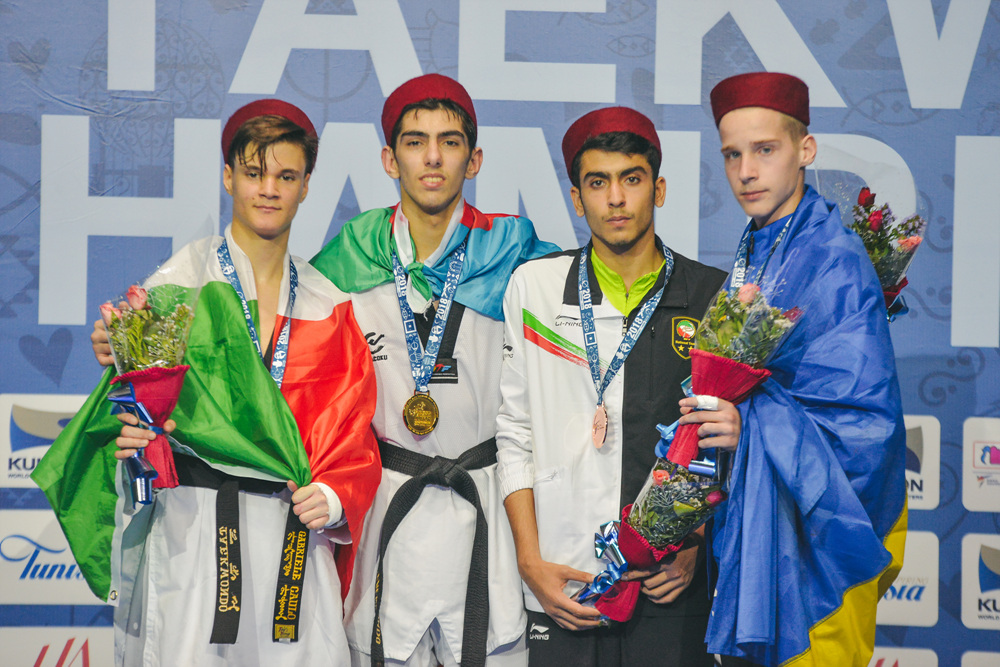