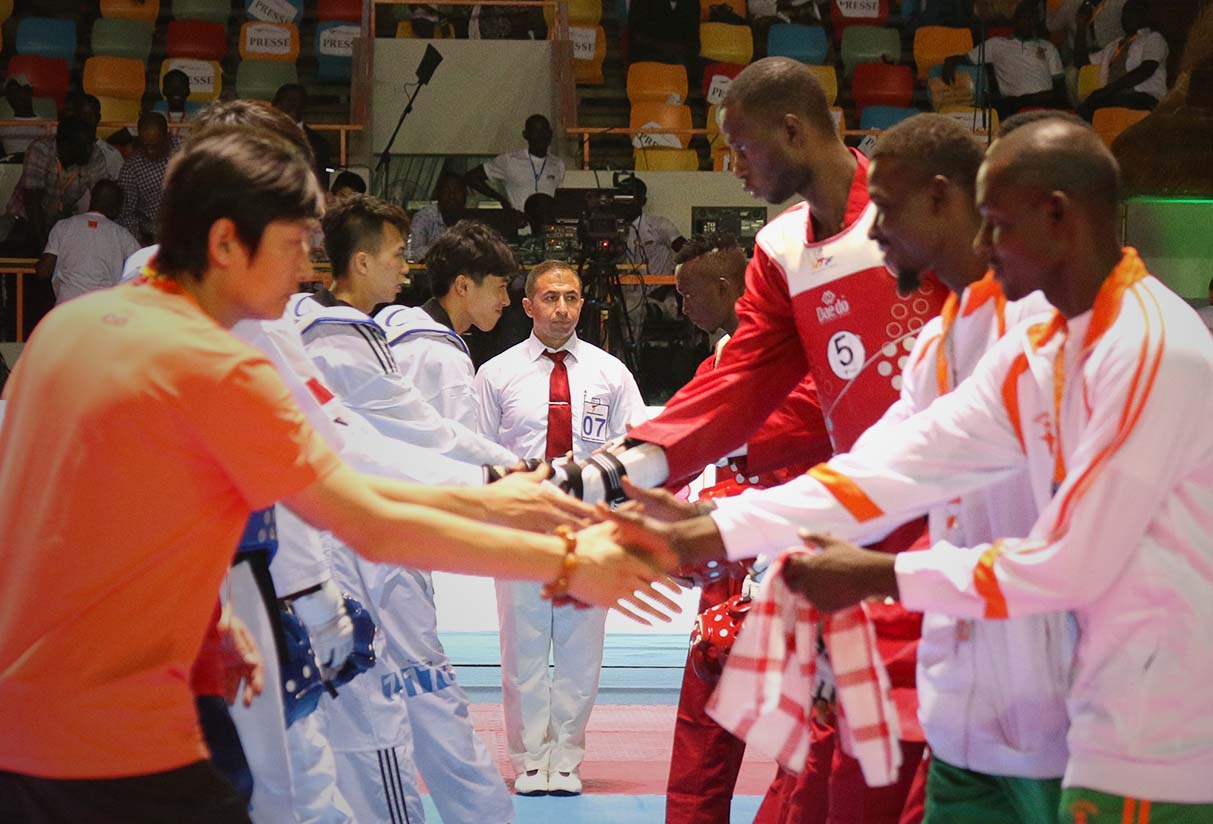 The day saw the preliminaries contested. Teams from Cote d’Ivoire, Iran, Korea and Russia made it through to the male semi-finals, while teams from China and Korea will fight for the top spot in the female category. The finals of both male and female categories are set for tomorrow.

Day 1 also saw the championships’ opening ceremony - a youth focused event that featured a first for taekwondo: A dancer in an elephant costume and dobok.

Teams comprise five or six fighters. The first round features opposite number versus opposite number; the second and third rounds are tag-team format, which generates fast-paced substitutions, explosive clashes and high scores. It is broadly recognized within taekwondo that the team fighting format is more spectacular than the individual format, which can be tactical and low-scoring.

Play on Day 1 was lively. The African teams, composed of high-performance, non-stop kicking machines, were particularly entertaining to watch – with the men’s teams from Niger and Cote d’Ivoire delivering incredible displays of flying feet. And while national coaches customarily keep their leading individual players well away from the high-octane, high-risk melee of team competition, this year proved exceptional.

“I think anytime you watch a team it always gets exciting, I don’t care what countries they are – something crazy is always happening!” said Team USA Individuals’ Coach Juan Moreno. ” From the point of view of spectators, team competition is the way to go – it is much easier for the average Joe to watch this, with all the action.”

At 2016’s World Team Championships in Baku, Azerbaijan, Azerbaijan won gold in the male division, followed by Korea with silver, and bronzes for Belgium and Turkey. In the female division, China took the gold while Korea won silver and Russia and Turkey went home with bronzes.

Five mixed-gender teams, each comprising two men and two women, are also represented at the championships: China, Korea, Mexico, Morocco and Russia. The mixed gender category will be fought over tomorrow afternoon at the Palais de Sports de Treichville.